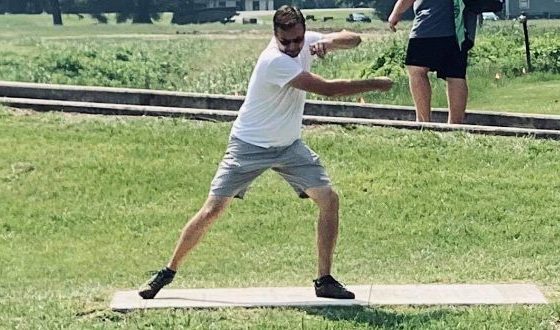 The city of Clanton played host to a disc golf tournament put on by Touring Amateurs Disc Golf Club on July 24.

The tournament, called The Peach City Classic, was the first held in Clanton by the disc golf group.

Folks from all across the state of Alabama came to Clanton for the event. Even out-of-state players from Florida, Georgia, Tennessee and Mississippi made the trip.

This tournament was just the second one ever put together by Hines and his group. Their first was back in January.

Following the tournament though, Hines is sure that there’s more to come in Clanton.

“We would love to do more,” Hines said. “I think we’re targeting maybe doing a doubles event in November called The Gobble Hobble.”

Currently, Touring Amateurs Disc Golf Club is planning on hosting 2-3 tournaments per year. They hope to increase that as well in the future, bringing more opportunities to play not only in Chilton County, but in the whole state.