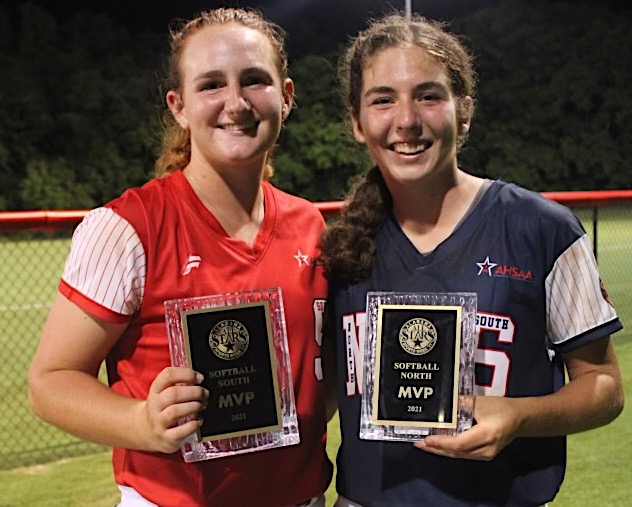 Marlie Giles is at it again.

The Chilton County High School softball star took part in the 2021 AHSAA North-South All-Star Series in Montgomery on July 21, and came home with MVP honors for the South team for her performance.

Giles, who smashed 20 home runs during the 2021 season with CCHS, accounted for eight of the nine runs scored by the South in the two games, including two home runs in the first game of the series, an 11-8 loss to the North team.

Those two home runs accounted for seven RBIs, four coming off a game-tying grand slam in the bottom of the fifth inning.

“She was seeing the ball really well,” said Johnny Giles, a CCHS assistant coach and Marlie’s father. “… She was coming into this game with a lot of confidence because she had a really good weekend this past weekend … The ball just flew the right way for her.”

Marlie Giles did not have as much luck in the second game of the series, a 6-1 loss for the South. However, she did bring in the only run for her team on a sacrifice fly. The ball nearly cleared the left field fence, but stayed just inside the field of play to bring home just one run for the South team.

Between the two games, Marlie Giles finished 2-for-3 hitting the ball with two home runs and eight RBIs.