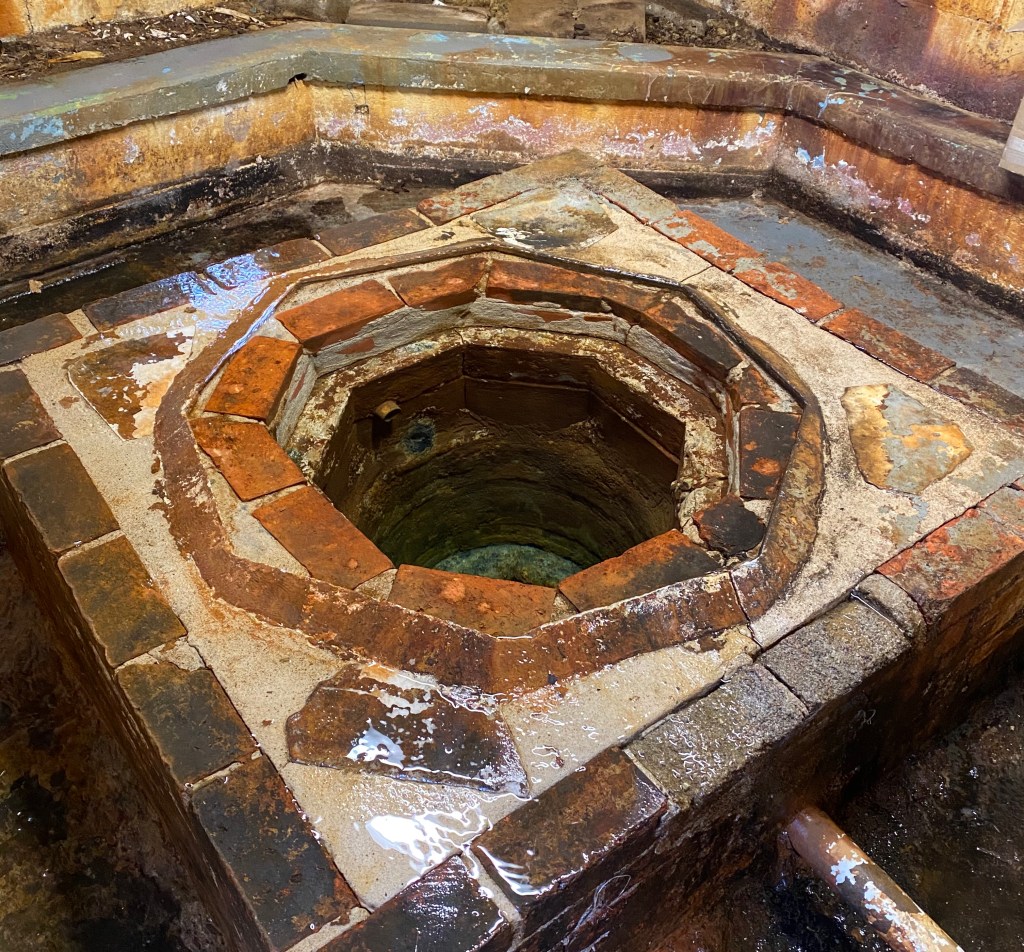 The Mineral Springs well is producing 16 gallons of water a minute. (MARTY MALIZIO/CONTRIBUTED)

Mineral Springs has been a popular spot in the history of Chilton County because of the water and its potential health benefits.

The actual spring is getting attention again as Alabama Mineral Springs plans to bottle water from the spring.

“We started all of this to save a precious natural resource,” Diana Windsor of Alabama Mineral Springs said. “It was only when we started our research that we realized how big a deal bottling this was.”

Mineral water has become a popular choice for the health benefits, she said.

Windsor said the Mineral Springs water has been found to have six of the seven naturally occurring electrolytes, including calcium, iron, magnesium, manganese, silica and bicarbonate.

The property around the spring has been a popular hotel and a health resort as well as a sanatorium with a spa and café at different times in history.

Marty Malizio of Alabama Mineral Springs said his wife Kay had lived near the spring, and had been there once when a nutrition store she worked for was considering buying the land.

Years later, Windsor, who was a close friend of Kay, wanted to go find the spring.

When Windsor, who lives in Jemison, saw the spring, she wanted to find a way to preserve and use the natural resource.

“Diana came to me excited after they found it and said, ‘There is a lot of water wasting, spilling a lot of God’s resources, just going down the creek,’” Malizio said.

Diana said her initial idea was to have a spa on the site. However, when some suggested bottling the water, she liked the idea.

Acquiring the property became a lengthy process with testing of the existing building for asbestos and bidding on purchasing the property from the state. Paperwork also had to be completed for the Alabama Department of Environmental Management.

The building was later demolished.

The company is five months in to a required 12 months of water testing and profession monitoring for the Alabama Department of Environmental Management. Water tests show good results.

The filtration system to be used has been determined, and the water is flowing at a rate of 16 gallons a minute.

The spring starts far enough underground that heavy rains will not have a negative impact on it.

The company owners are already in discussion with potential distributors with an eye on national and international sales.

May 2022 is the expected date for the bottling of the water to be fully operational.

The company anticipates having 10 employees in the next two years.

Continuing in the vein of preserving natural resources, the company has plans to help fund the removal of plastic from waterways and other water projects as well as promote recycling.