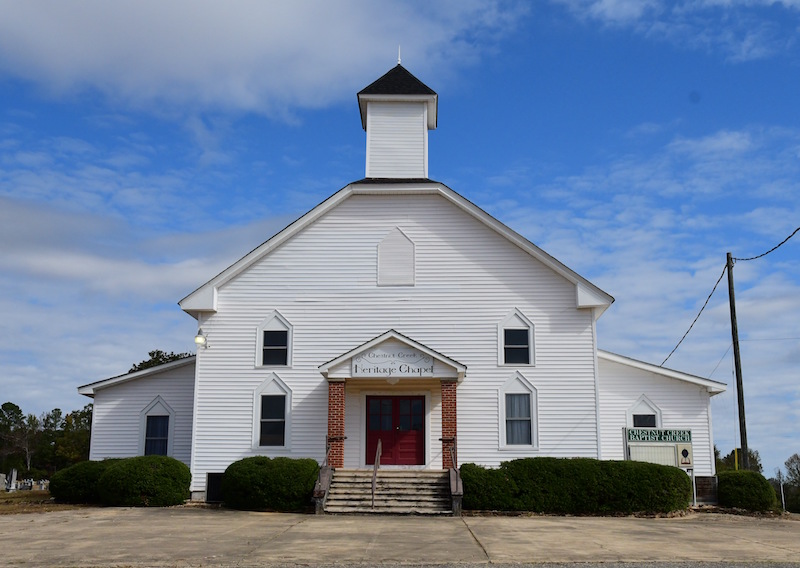 The Chestnut Creek Heritage Chapel is receiving some reinforcements in the form of foundation work and receiving its largest grant yet.

“We were just floored,” Taylor said.

This is the first time that the Chestnut Creek Heritage Chapel board has applied for Alabama Historical Commission grant.

“It was a really good opportunity,” Taylor said.

The grant is funding phase two of a project to do needed work on the foundation of the building.

Another benefit for the chapel nonprofit was that the grant program sent a check, rather than requiring the organization to spend the money and then be reimbursed.

“I had no idea we had a chance because I knew we were up against all kinds of really historic places,” Taylor said.

“I had to make a case for ours being a historic site,” Taylor said.

The nearly 100-year-old structure was originally Chestnut Creek Baptist Church. However, after the church built a new sanctuary down the road, the old church was no longer used. Three women, who had a common relative buried in the adjoining cemetery, wanted to see the building preserved, so they bought it from the church.

“It is the oldest still standing in use building in the community” of Coopers, according to Taylor.

The second phase of the foundation project began on July 9. The hope is that it will be completed by the end of this week.

While this project will address safety concerns, it will not complete all of the needed foundation work as had been the initial grant application. Taylor said the Alabama Historical Commission agreed to let them use the grant money for as far as it will go on the project.

With a building as old as the chapel, there is always another renovation project around the corner. The next area of focus will be repairing the steeple and storm damage on the front of the building, Taylor said.

“We are eager to start having events again (post pandemic),” Taylor said.

The chapel’s next event will be the annual Christmas Bazaar in December.