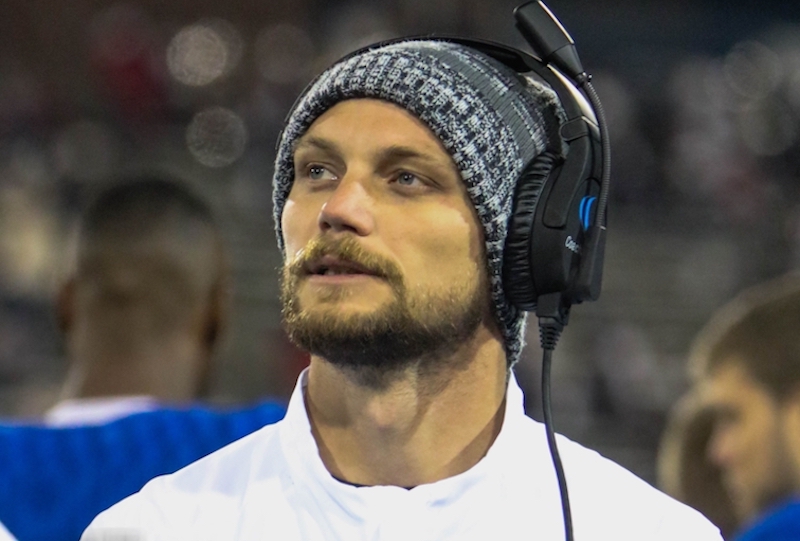 For some teams, the offseason brings an opportunity for continuity and a chance to build off previous seasons.

For others, the offseason brings a wave of changes, sparking optimism for a school and its fans.

Jemison High School’s football team falls into the latter in 2021.

This offseason, Jemison hired former college assistant coach John Therrell as the newest head coach of the football team. Therrell played four years of college football at the University of Nevada Las Vegas and another at Murray State.

Following his playing days, Therrell coached football at the college level at Sacramento State, Murray State, Jacksonville State and the University of West Georgia. He assisted with the secondaries at each of the schools, coaching either the cornerbacks or safeties.

After spending seven years coaching college, Therrell decided he wanted make a change a year ago, and he went to McAdory High School in Jefferson County to serve as the defensive backs coach.

Now he jumps into a head coaching role, his first time leading a team at any level, and it has been an adjustment.

“All the responsibility in the end falls on me for the program,” Therrell said. “I don’t see that as a problem. I enjoy the role that I have and the responsibility that comes with it. The differences between that of an assistant role and the head coaching role is being able to delegate. Everything again falls on your shoulders … all the things you didn’t have to think about as an assistant coach, you just went out there and coached ball, the head coach now has that little bit more responsibility.”

Now at the helm of the program, Therrell gets to implement the vision he has for the Jemison program. His first task is to create a culture of excellence, both on and off the field.

Part of building that culture is building winners away from the game of football. Therrell wants to leave an impact on his players. He wants to set a standard for how they go about their lives after football. The discipline and expectations that he sets for them now will carry on with them the rest of their lives, he believes.

“Yes, if we win games that would be great, but I’m more excited about being able to build lasting citizens, great husbands, leaders in the community, players who are going to go forward when football is done … and use what they learned at Jemison High School football into their lives and take those things and make them better members of society,” Therrell said.

Building that success for his players off the field is extremely important to Therrell, but so is building success on the field.

Therrell is extremely competitive. His parents have told him that he was competitive coming out of the womb, and he will testify that a game of Monopoly against him will be one of the most intense games that someone ever plays. He has a fire to win, and will bring that competitive edge to the Jemison program. But like anything else, there will be a process, and it may take some time.

“I know everyone speaks on process, it’s become a cliché and a joke at this point, but the thing is for people who joke at the process, they’ve never actually been in it,” Therrell said. “They’ve never understood what the process means. I’m trying to build that, and if you do that right, then success follows.”

The process at Jemison will consist of building Therrell’s winning culture, being competitive, and ultimately learning how to win.

Should Jemison follow that recipe, Therrell believes that it’s only a matter of time before the program finds itself at the top.