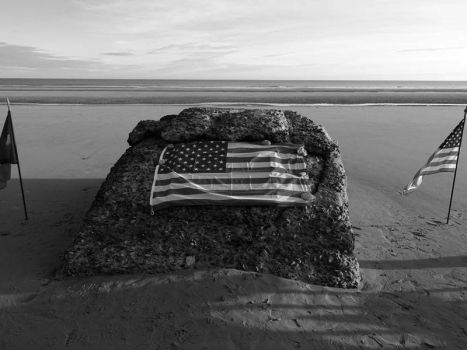 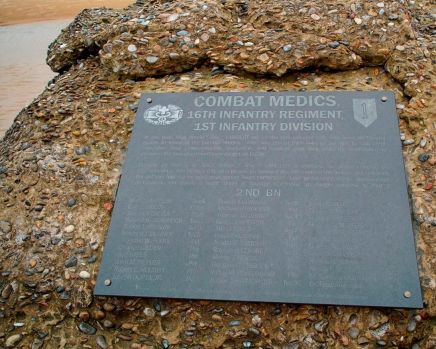 Ray Lambert was credited with saving the lives of 15 American soldiers during the invasion of Normandy. (CONTRIBUTED) 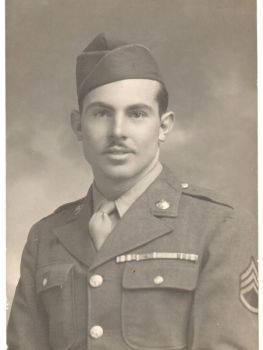 Ray Lambert received Silver and Bronze Stars for valor, and three Purple Hearts by the time he was 23 years old. (CONTRIBUTED)

Arnold Raymond Lambert is an American hero. The son of William and Bessie Jean Lambert of the Cane Creek community in Chilton County, Ray Lambert joined the United States Army in 1940 at age 19 to be able to have a steady job.

By 1943, Ray and his brother Bill were serving as medical corpsmen attached to the Second Battalion, 16th Infantry Regiment of the United States Army First Division, known as the “Big Red Machine.” The brothers served in the invasions of North Africa and Sicily.  By the time Ray celebrated his 23rd birthday, he had earned the Silver and Bronze Stars for valor, and three Purple Hearts for wounds received on the field of battle.

On June 6, 1944, Ray and Bill Lambert descended from the side of a troop ship into a landing craft as part of the first wave of troops to land on the beach during the invasion of Normandy. In his memoirs “Every Man a Hero,” Ray Lambert wrote, “My brother and I talked about our chances and agreed that if one of us didn’t make it, the other would take care of our family.”

Approaching the beach, Lambert recalled the German artillery shells exploding all around the boat and “seeing bullets hitting the water just like hail.” The moment the ramp at the front of the boat dropped to discharge the men, a bullet struck Ray Lambert’s right arm. He vividly recalled thinking that “there was nothing to do but go forward or die.” Only seven of the 31 men on his landing craft would survive the day.

Struggling to reach the shore, Lambert recalled, “There was no place on Omaha Beach that a person could stand without being killed or wounded.” As a medical corpsman, Lambert kept returning to the beach, moving from one body to another, finding the wounded and dragging them to safety and placing them behind the only protection he could find; a small concrete structure erected by the German Army prior to the invasion.

As Lambert continued to tend to the injured and dying, he was wounded a second time when a piece of shrapnel opened a wound in his right leg and lodged against the bone. He applied a tourniquet, injected himself with morphine and continued to retrieve the wounded from the water. Before that horrific day came to an end, Ray Lambert would be credited with saving the lives of 15 fellow soldiers.

As he rushed back into the water to pull an injured soldier to safety, a landing craft arrived on the beach to discharge another group of men. Amid the smoke and confusion of the battle, the door of the Higgins Boat was lowered on Ray Lambert and the soldier he was attempting to save, crushing two vertebrae in Lambert’s back and trapping both under water. As the transport backed away, Lambert was able to free himself and dragged the wounded soldier to safety before losing consciousness.

Ironically, when Ray Lambert awoke in a field hospital the next day, his critically wounded brother Bill occupied the cot next to him.

In 2018, the mayor of Colleville-sur-Mer, the small French town situated above the beach at Normandy where the American Cemetery and Memorial is located, contacted Lambert to advise him that a plaque was to be placed on the weathered concrete pier where Lambert shielded so many wounded soldiers. The text of the plaque would read, “Ray Lambert: Hero.” Lambert refused, stating that if his name was to be on the plaque, the names of his men should be on it as well. Today, the plaque is affixed to the historic monument known as Ray’s Rock and includes the names of each member of his battalion.

In June 2019, during the 75th Anniversary ceremony of the D Day Invasion, President Donald Trump paused during his speech commemorating the invasion, turned to Ray Lambert, who was sitting behind him on the platform, and stated, “Ray, the free world salutes you.”

In April 2021, after celebrating his 100th birthday, Ray Lambert died peacefully at his home in North Carolina. Prior to his death, Lambert was asked how he wanted to be remembered. In his quiet and humble manner, Lambert stated, “only as a guy who was willing to die for my family and my country, and as a good soldier and a good person.” By any measure, Ray Lambert was a good person who was willing to give his life for his family, his fellow soldiers and the country he loved so dearly.