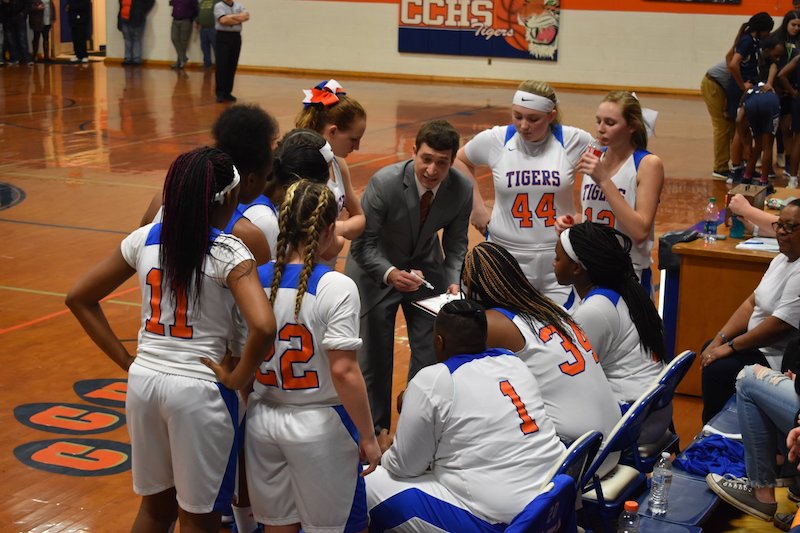 There is a saying in sports that is as true now as it has been for decades.

There are some teams and some programs that constantly win. Players come and go yet the team never takes a step back.

Verbena High School’s boys basketball team has not been one of those teams. The boys team won just two games a season ago. The years before did not bring much better results.

That may change soon enough.

Verbena just made a switch at the head coaching position. They have brought in former Chilton County High School girls basketball coach Clint Pitchford to change the Red Devils’ fortunes on the court.

Pitchford comes with a background of success. It took him very little time to take a CCHS team that had not been to the playoffs in over 20 years to its first ever area championship and a postseason berth. That success came from Pitchford’s winning mentality, one he wants to bring to Verbena. However, he understands that wins may not come immediately. Building a winning team takes time and will require patience.

“This year is going to be more about me establishing myself, and the team getting to know my system,” Pitchford said. “[It will] give me a marker for where we are at. How far can we go in year one, and then … build off of that next season.”

Pitchford’s plan is to get to know the strengths and weaknesses of his players. He wants to be able to put them in a position to be successful. He also wants to put a smarter team on the court.

Having a background of coaching at a larger school, Pitchford developed a habit of preparing extremely hard for each team. Watching tape and learning an opponent’s game plan is a key to Pitchford’s coaching strategy. He plans to implement that at Verbena, allowing his team to be more prepared, and therefore in a better position to win.

It may take time for his team to gain a competitive edge from that level of preparation, but Pitchford’s hope is to see improvement from the 2020-2021 season. His approach is to make progress each year until his team reaches the point where they can compete with anybody.

To do that though, Pitchford must build a winning culture.

Learning how to win games will be a challenge for a program that has not had much success in the past. However, once Pitchford has a team that knows how to win games, the job will become much easier. Because as the saying goes, winning breeds winning.