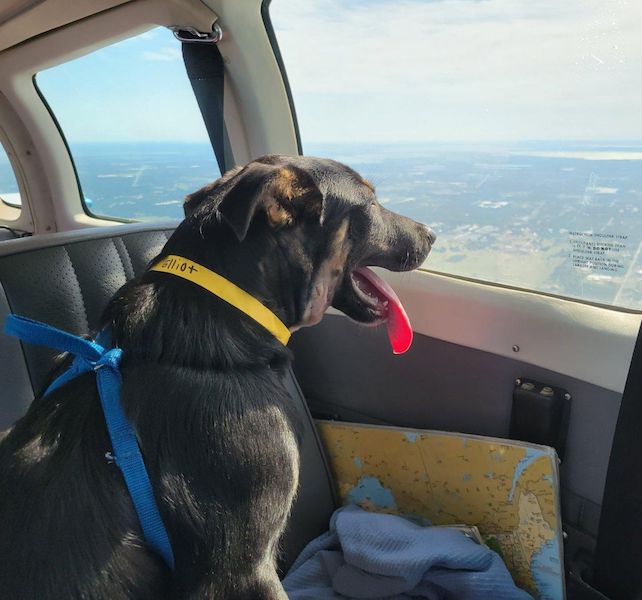 ARR is one of the organizations that works with the Humane Society of Chilton County to transport dogs to states with spay and neuter laws. The dogs are spayed and neutered and put up for adoption after arrival in their new state. (MIKE YOUNG/ CONTRIBUTED)

If you ask certain people, they will tell you there is a serious dog problem in Chilton County.

Not that the dogs in the county are dangerous, but that the problem is there are too many of them.

Too many dogs may not seem like a problem to many people. Most folks love puppies, and the idea of having a lot of them seems like a dream. However, in Chilton County, a lack of a spay and neuter law has caused an excess of dogs, with not enough homes to go around.

This is a problem that has hit the Humane Society of Chilton County hard. They have too many dogs and not enough people coming to adopt them. So, they have a solution in which they have their dogs sent to other states to be spayed and neutered and then set up for adoption.

They have teamed up with organizations like Alabama Rescue Relay (ARR) to move these dogs to states such as Florida, Illinois and even Minnesota where there are spay and neuter laws in place. These states do not have enough dogs to give, so they bring the dogs from Alabama in.

“If we don’t transport them out there, and there’s not enough adopters locally, the fate is death,” ARR President Rebecca Harshman said.

Organizations like ARR collect the animals from shelters like the Humane Society of Chilton County and then load them up into vans or planes to be sent out to other states. It is very costly, and for a nonprofit like ARR, that can sometimes be a problem.

“Transportation costs, especially with gas going up, they’re high,” Harshman said. “We don’t even make a dime … It’s just how we can help.”

For the animals though, it may be a long trip, but it is better than the fate they are left with when in a home with too many dogs.

“A 20-hour drive is better than death,” Harshman said.

To donate to this cause, one can either donate to the Humane Society of Chilton County at their website https://www.chiltoncountyhumanesociety.org, or one can donate to the Alabama Rescue Relay’s Paypal at https://www.paypal.com/paypalme/animalrescuerelay.