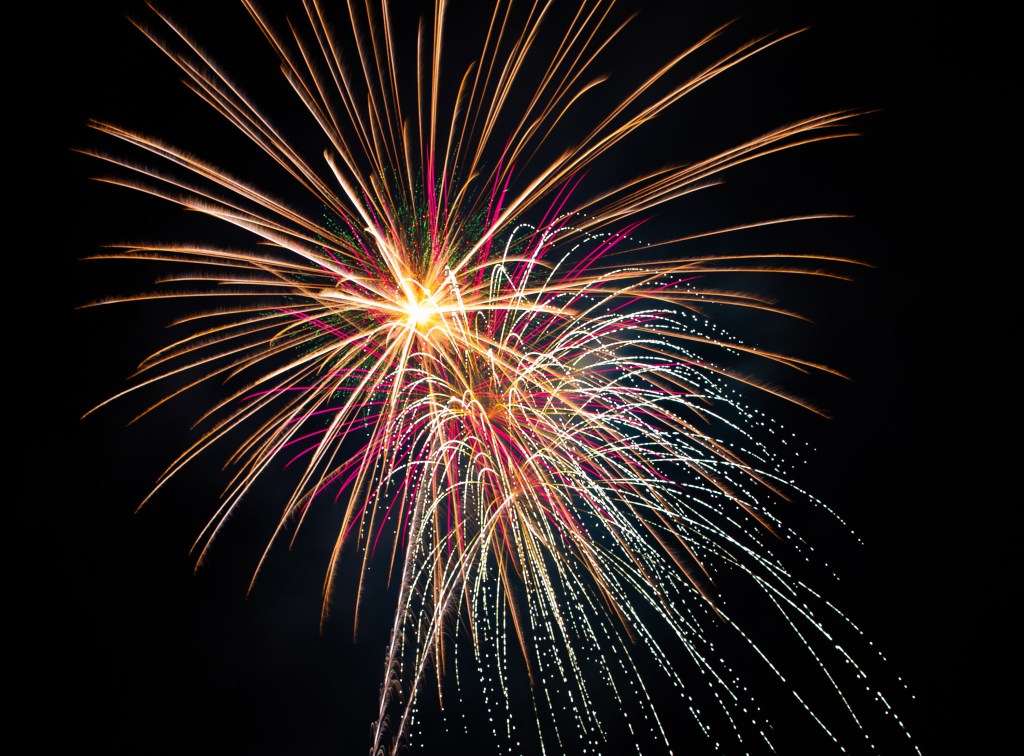 What is your favorite color? Fireworks use a variety of different metals and compounds to form colors. To make blue, use copper. For gold, add charcoal or to make a Chilton County peach, use sodium and calcium.

As the Fourth of July approaches, many in the United States wait in great expectation for firework displays. Whether watching the fireworks at the National Mall in Washington D.C.’s annual concert or buying a box of sparklers from the corner firework stand it captivates the child at heart in all of us. In Chilton County, fireworks shows can be seen on July 4 at Maplesville Community Park and Clanton City Park.

Fireworks are thought to have originated in Luiyang, China during the second century when people threw bamboo shoots into fire and the contained air space between shoots would explode when heated. Two thousand years later, people still seek the thrill of loud “bangs” and the colorful designs that pyrotechnics provides.

In 1295, Marco Polo brought fireworks to Europe from China. By 1486, Henry VII had fireworks at his wedding reception. Although fireworks were introduced in Europe, they did not become popular until the 17th century.  According to Simon Werrett in “Pyrotechnic arts and sciences in European history,” An ambassador of Peter the Great once reported from China: “They make such fireworks that no one in Europe has ever seen.” In 1758, the Jesuit missionary Pierre Nicolas le Chéron d’Incarville, who had lived in Beijing as a missionary, wrote about the methods and composition of the Chinese trade and how they made them.

The earliest settlers in the United States brought their enthusiasm for fireworks with them when they immigrated to the Americas. On July 2, 1776, two days before the Declaration of Independence was signed, John Adams wrote this letter to his wife:

“This day will be most memorable in the history of America,” he predicted. “I am apt to believe that it will be celebrated by succeeding generations as the great anniversary festival… It ought to be solemnized with pomp and parade … bonfires and illuminations [fireworks]… from one end of this continent to the other, from this time forward forevermore.”

The very first celebration of Independence Day was in 1777 and orange fireworks were part of the event (the only color available at that time).

In 1789, George Washington’s inauguration was accompanied by a fireworks display. Revisions to making fireworks were constantly being updated, and by the 1830s, Europeans began adding chemical elements to the fireworks to make a variety of colorful displays and different colored fireworks debuted.

Unsurprisingly, fireworks almost since their conception have been used during war. By 1200 A.D. China used gunpowder to make aerial rocket cannons to aim and blast projectiles at their enemy. This technology quickly spread to European and Arab nations through diplomats and missionaries that visited China, according to Alexis Stempien in the Smithsonian article “The Evolution of Fireworks.”

According to Global Trading, China produces and exports 90 percent of the world’s fireworks, more  than any other country in the world. Sixty percent of that production is made in Luiyang, China. The Walt Disney Company is the world’s largest consumer, according to Business Insider.