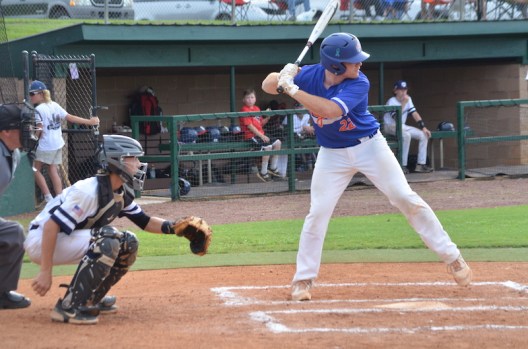 Leighton Coppedge had a big day offensively for Clanton. He went 3-for-4 at the plate, driving in three of Clanton’s eight runs. (ZACHARY SEIFTER/ ADVERTISER) 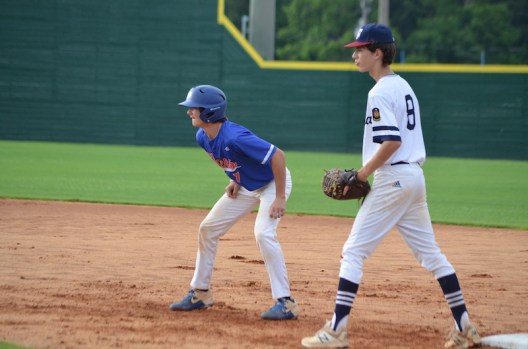 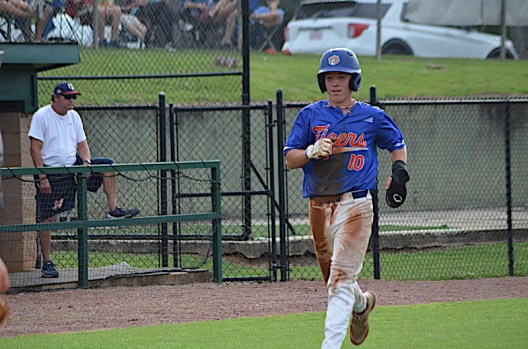 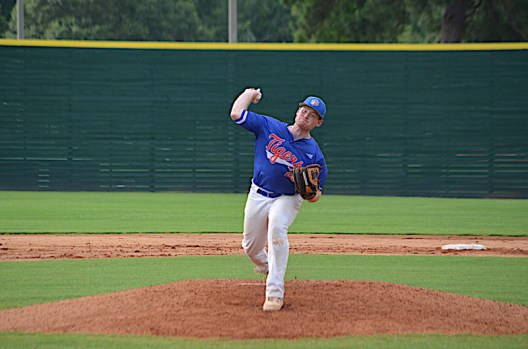 Things looked rough early on for Clanton, as starting pitcher Leighton Coppedge struggled out of the gate, giving up two first inning runs and another in the second inning to put Clanton in a 3-1 hole.

However, Coppedge bounced back, throwing three solid innings while the Clanton offense busted out in the fourth inning, scoring five runs off base hits by both Leighton and Logan Coppedge as well as Sam Smith and Cole Gray. The offensive outburst gave Clanton a 6-3 lead after four innings, a lead they would not relinquish.

Tuscaloosa responded in the top of the fifth inning, scoring two runs to cut Clanton’s lead to just one run.

However, Clanton responded in the bottom of the inning as Coy Crumpton and Bradlee Padgett reached base and scored off a fielding error by Tuscaloosa to bring the score to 8-5.

Crumpton then took over for Leighton Coppedge on the mound in the sixth inning. He threw two shutout innings while allowing just three runners to reach base to close out the win for Clanton.

Leighton Coppedge recovered nicely from a shaky start, finishing with five innings thrown while giving up five runs, only three of which were earned, with four walks and three strikeouts. Crumpton finished with two innings thrown, giving up zero runs off two hits with one walk and one strikeout.

On the offensive side, Leighton Coppedge dominated. He finished the game having hit 3-for-4 with three RBIs. Smith also had a strong game from the batter’s box. He hit 2-for-4 on the day, scoring twice and adding an RBI to his stat line.