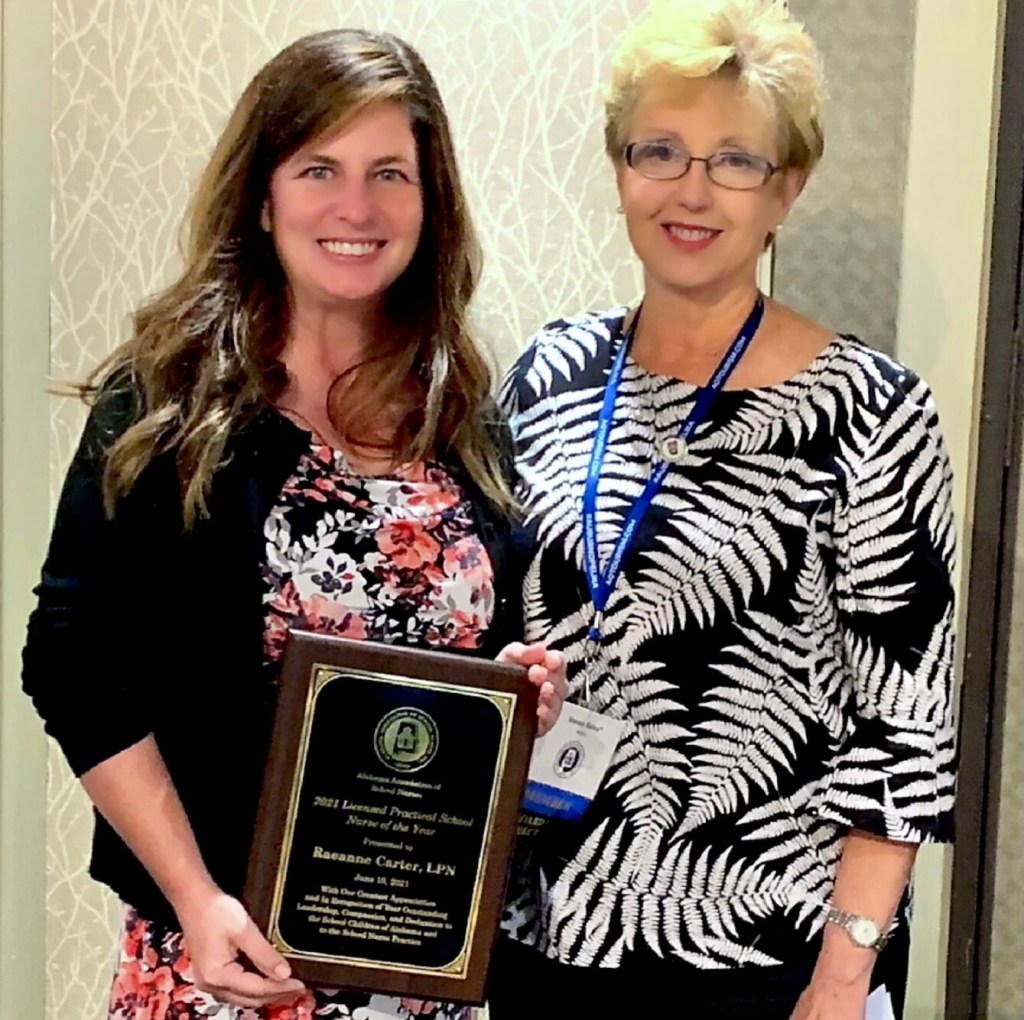 The Alabama Association of School Nurses has named Raeanne Carter Licensed Practical Nurse of the Year.

Carter said she was shocked and excited when she found out she had been selected.

“Honestly, after this year, everybody deserves that award because we all have been school nurses of the year because this year has been like no other,” Carter said. “That was kind of humbling. I was just glad we made it through this year. It was a rough year for all of us.”

Carter has been a school nurse at Isabella High School for 15 years.

“We have a great group that we work with, and we all work well together,” Carter said.

She thanked the nurses she works with in the school system and Porter for nominating her.

“Raeanne not only exhibits a desire to excel in her field but also a drive to be the best in any endeavor she undertakes,” Porter wrote in his nomination letter. “She never gives anything less than 100% and puts forth the energy and enthusiasm that is essential in overcoming obstacles and achieving goals. Raeanne’s enthusiasm and commitment to excellence has earned her the respect of the Isabella High School administration, students, faculty/staff, and community. Her actions set an example for others to follow.”

In her nomination letter, Russell highlighted Carter’s willingness to help others and the good reputation she has as a school nurse. Her reputation for helping students with diabetes has led to parents choosing IHS for their students.

“Nurse Carter cares for many diabetic students each day, and has done an impressive job of helping them reach independence before graduating from high school,” Russell said.

Carter was presented the award during the School Nurses Conference on June 10.

“It was an honor,” Carter said.