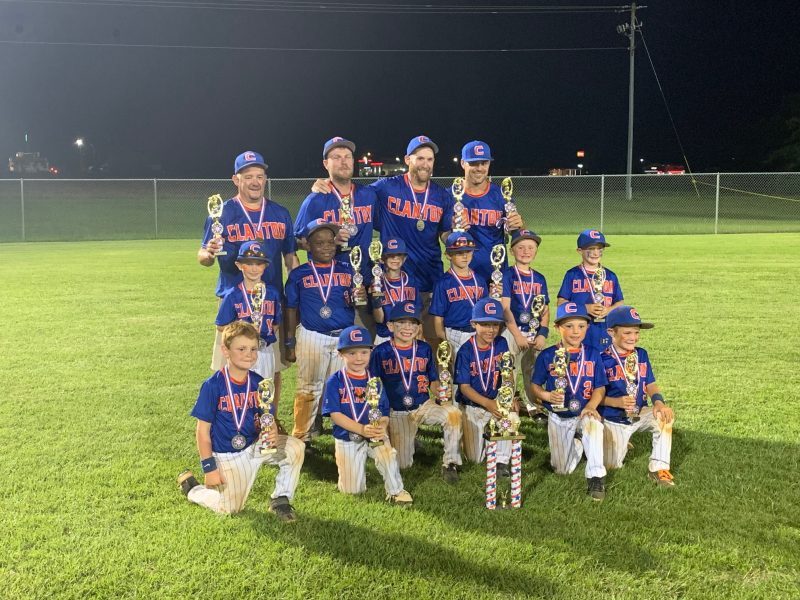 The Clanton 6U All-Star baseball team won the state championship following a dominant performance in the state tournament in Headland the weekend of June 25-27.

Clanton reeled off six straight wins behind a dominant offensive performance that saw the team score 20 or more runs in all but one game, totaling 140 runs in the tournament.

The defense was equally as impressive, giving up just 51 runs in the games, good enough to give Clanton a +89 run differential, giving them an average margin of victory of nearly 15 runs per game.

From the batter’s box, it was Micah Lynn that surged for Clanton in the tournament. Micah put together six incredible outings, hitting 19 for 20. He tallied five home runs and an absurd 29 RBI’s in the games to account for over 20 percent of Clanton’s scoring.

Micah saved his best game for last though. The young power hitter went 4 for 4 in the championship game against the Prattville 6U All-Star team. He also smacked a home run and added six RBI’s to the stat sheet.

Also having an impressive weekend at the plate was Parker Ellison. He went 12 for 17 from the batter’s box in the tournament. He also hit two home runs and totaled 11 RBI’s for Clanton, including a six-RBI performance against Municipal American in a 29-19 victory.