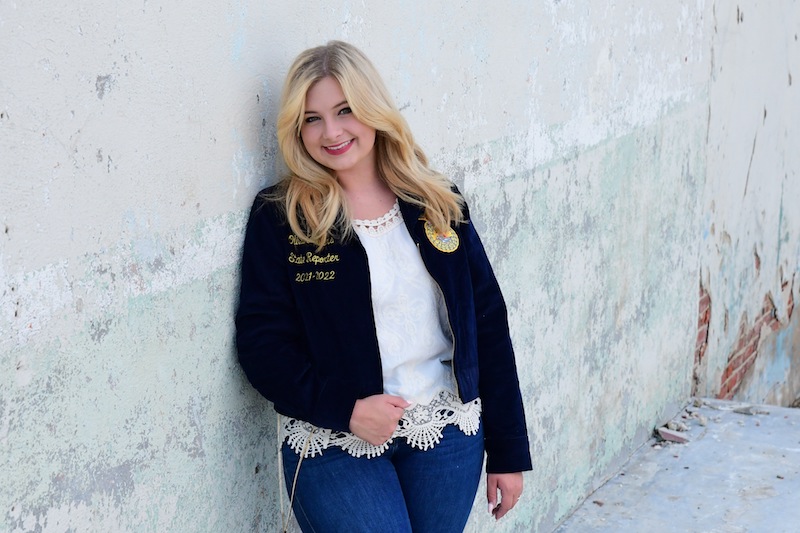 Powers served as an officer at the Thorsby FFA chapter and at the Central District level before she graduated in June, and serving at the state level is something she has wanted to do for several years now.

“It was a slow build up over three or four years,” Powers said. “The first time I thought, ‘Hey, I could actually do this,’ was at my first FFA State Convention in the eighth grade, when I actually knew three of the state officers. Then when I started to love the FFA more, the idea of wanting to give back and having a servant’s attitude was what really became the catalyst for wanting to do this.”

“During the interviews, they try to figure out who you are, and what the real reason behind you wanting to do it is,” Powers said. “That is the biggest thing, not wanting to do it for personal gain, but to give back.”

The main responsibilities of a state officer are to work with the 18 district officers that represent all the local chapters across the state, according to Powers. That way what the State FFA is doing should represent what a majority of all state FFA members want.

“Something that I would like to do as a state officer is, to better prepare the advisors, so they can get their students to where they need to be, no matter what the student wants to do,” Powers said.

Powers also wants to use her position to encourage everyone she meets.

“Everyday, you talk to three or four people at the beginning of the day, and if you do just a little thing to impact their day for the better, it can ripple out from there,” Powers said. “Those three people could then talk to three more people, and so on. That is what I encourage everyone to do; to be kind in what they do and be intentional with what they say.”