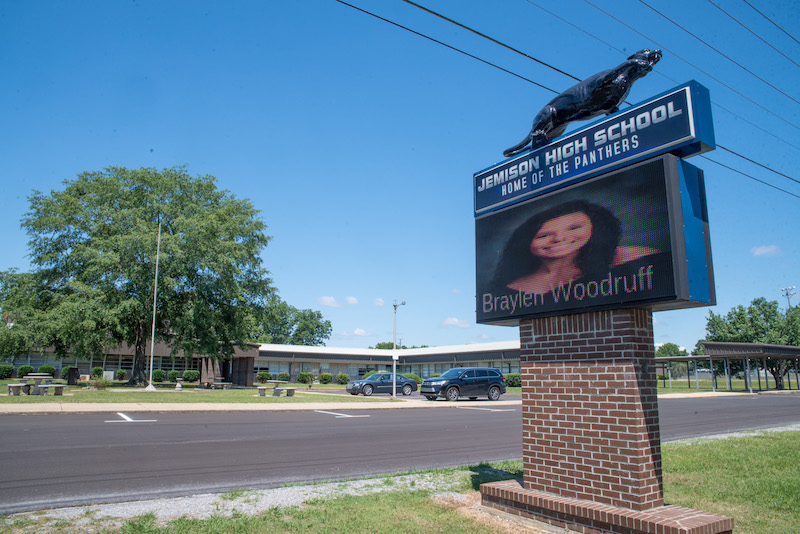 Jemison High School has been named a 2020-2021 sportsmanship school by the AHSAA.

The honor goes to schools in the state that show great sportsmanship by not having a single player or coach ejected from games or fined after games.

One hundred and thirty-one schools in the state received the honor, with Jemison being one of three schools in Chilton County to be named a sportsmanship school.

“There are a lot of high schools in the state,” JHS Principal Kendall Jackson said. “The fact that we are one of those … where players and coaches kept themselves in check, and displayed great sportsmanship, it’s an honor and something to be very proud of.”

Sportsmanship is something that is highly stressed at JHS. According to Jackson, the point of showing sportsmanship and being respectful during a game is driven home to players every day. Coaches make sure to let the players know that they not only represent themselves during games, but they represent the whole school. It’s a lesson the players have taken to heart. It’s a lesson that the coaches have taken to heart as well.

“Before the kids come back [from summer break] and competition starts we will have an all-coaches meeting,” Jackson said. “That’s one of the things that I cover with my coaches [is sportsmanship]. Because if you’re ejected, that means you’re fined, and we also talk about how there’s going to be personal responsibility packed onto them … They need to keep themselves in check because they are role models for their kids.”

In the end, Jackson did not need to worry about her coaches. Because they not only displayed a great deal of sportsmanship during the year, but their players did as well.