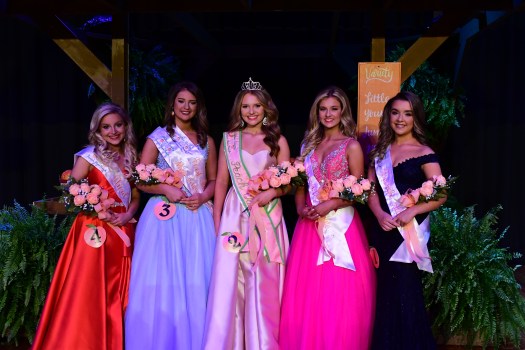 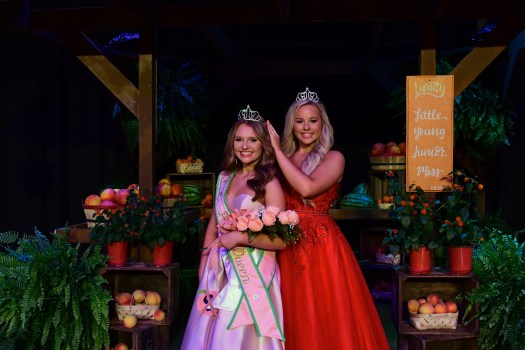 It was twice upon a dream for Cresley Haggard of Clanton on June 22 as she was announced as the 2021 Junior Miss Peach.

“In 2016, I was Young Miss Peach,” Haggard said. “… I have dreamed of being a Peach Queen forever, and when I got the honor of Young Miss, I always wanted to do it again because that was the best year of my life. I am so ready to represent Chiton County one more time.”

She said hearing her name called as the winner was “crazy.”

In the coming year, she is most looking forward to the TV news interview.

“I love being on TV and talking,” Haggard said.

She said in this year’s competition she most enjoyed “the relationship with the other girls that I had.”

“Everyone in the group this year, we became so close,” Haggard said. “Every girl is so sweet.”

She said she enjoyed and I have never had the time I had this year meeting new best friends.”

One of the white varieties of peaches is her favorite peach.

In her farewell speech, 2019 Junior Miss Peach Sophie Porter had some words of advice for the next queen.

“Enjoy your new sisters, they are now a part of your family,” Porter said. “Don’t sweat the small stuff, and remember there are a lot of tiny eyes looking up to you and always be a good example to them.”