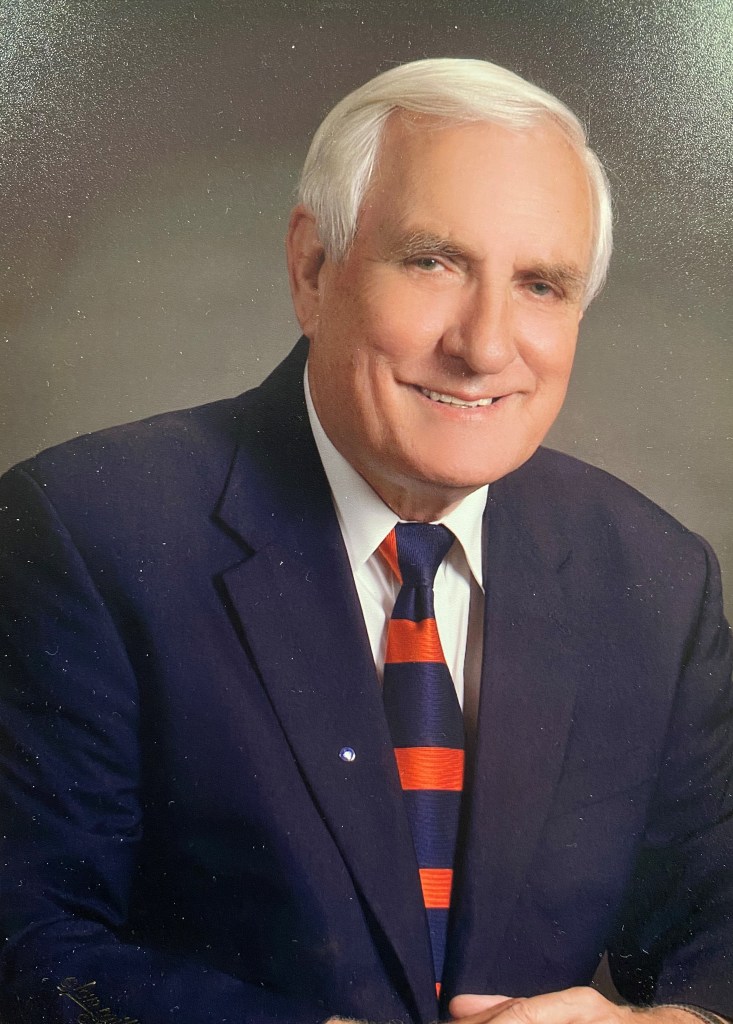 He is survived by his wife of 57 years, Angelyn Frucci Conway; his two sons and their wives, Jay (Jennifer) and Lee (Amy); six grandchildren; and his sister, Fee Smith (Johnny).

He is a 31-year veteran of public service, having first served as an instructor of freshman welding and cotton researcher at Auburn University. He then taught two years in vocational agriculture at Dadeville High School. He later served as a Blount County Extension agent and Extension District agent for 22 north Alabama counties until his retirement in 1995. J.O. served in leadership positions on several professional, civic, governmental, and religious boards including president of the Alabama Retired State Employees Association (ARSEA).

The Conways enjoyed traveling. Floating in the Dead Sea, observing Germans growing white asparagus, and seeing the land being claimed from the North Sea in the Netherlands were of particular interest to J.O.

His greatest pride was being father to his two sons, Jay and Lee. James King “Jay” and wife Jennifer live in Cullman and have three sons — Clay, Drew, and Ben Conway of Cullman. Brian “Lee” and wife Amy live in Beauregard and have three children — James, Molly, and Anna Marie.  An “honorary” daughter, Tammie Kelly Brisson, held a special place in J.O.’s heart. She and her husband John went with the family on the 50th wedding anniversary cruise to Alaska.

Of all of J.O.’s activities, he was especially thankful to be a Gideon. To hand someone a Bible on Auburn University’s campus (or elsewhere) touched his heart. He also greatly appreciated the opportunity to build houses during mission trips to Nicaragua.

Due to COVID-19 the family will not be having a public visitation. However, Mr. Conway will be able to be viewed Wednesday, June 23, 2021 from 3-6 p.m. in the parlor at Frederick-Dean Funeral Home.

Funeral service will be held Thursday, June 24, 2021 at 11 a.m. in the Sanctuary at Auburn United Methodist Church with Brother Charles Cummings officiating. Interment will follow at Town Creek Cemetery.

Flowers will be accepted or memorial contributions may be made to Gideons International www.gideons.org