Diane Calloway sworn in as member of BOE 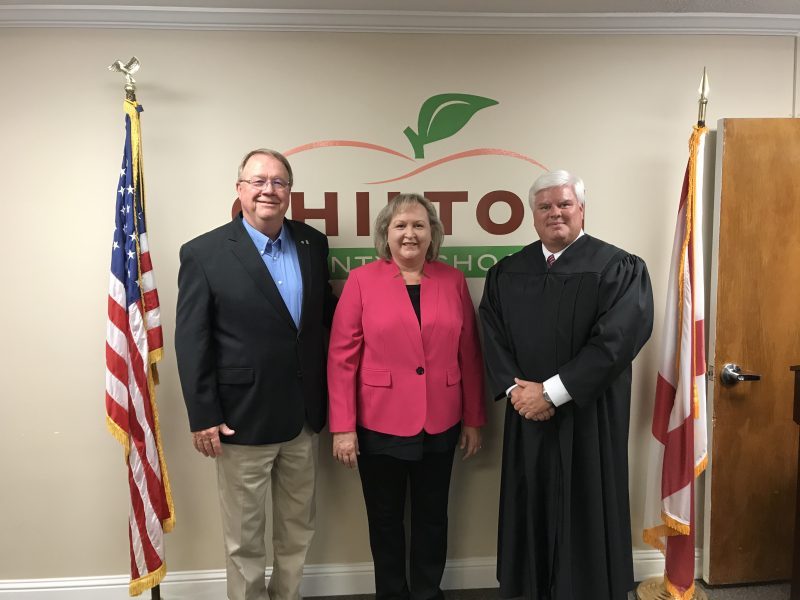 Diane Calloway, center, was sworn in as the newest member of the Chilton County Board of Education on June 21. (ZACHARY SEIFTER/ ADVERTISER)

Former Jemison High School Principal Diane Calloway was sworn in as a member of the Chilton County Board of Education on June 21.

Probate Judge Jason Calhoun was present to swear Calloway in.

Calloway joined the board after retiring from a career as an educator last year. She previously served as a teacher, assistant principal and principal for Chilton County Schools. However, she felt drawn back after a year away.

“I just feel like you’re called into education,” Calloway said. “This was just a way to continue that after I had retired last year.”

Calloway was appointed to the board following former board member Angie Sanderson’s resignation in April.

She plans on taking things slow, learning the responsibilities of her new role instead of jumping right into the fire.

“I have a lot to learn,” Calloway said. “I realize that. There are a lot of projects that are going on around the county, a lot of things that are going on, and I have to learn what those are, and get with the people that have the knowledge to get me up to speed, and then go from there.”

While there is much for Calloway to get caught up on, she is ready to make a difference in the county. She hopes that her experience as an educator will help her in her quest to be a difference-maker.

“I think when situations arise, since I have been there, I think that knowledge will help me in making decisions,” Calloway said.

Calloway’s first meeting as a member of the board will be on June 29.