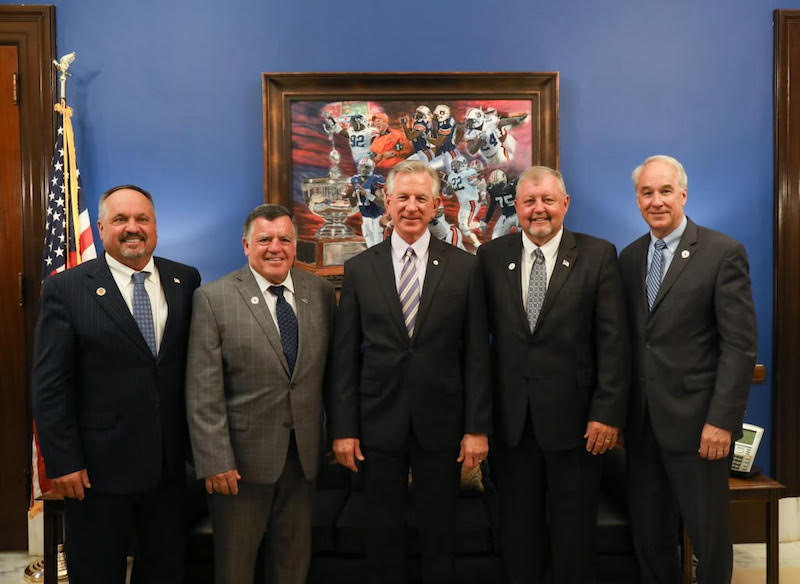 From City of Clanton

A contingent from the City of Clanton recently traveled to Washington D.C. to meet with Sen. Tommy Tuberville to discuss future infrastructure needs of the city and the availability of financial grants to fund these projects. The meeting included a discussion relating to construction of a new Criminal Justice Building to house the Clanton Police Department and Municipal Court System. These offices are currently located in the old Post Office Building that was constructed in 1935. Other topics included water and sewer upgrades, airport infrastructure and other local projects.

While in Washington, the group also visited the offices of Sen. Richard Shelby and Rep. Gary Palmer.