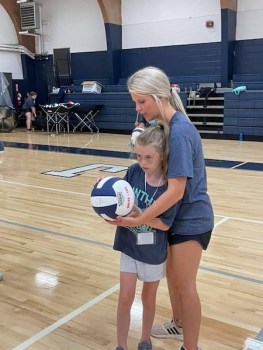 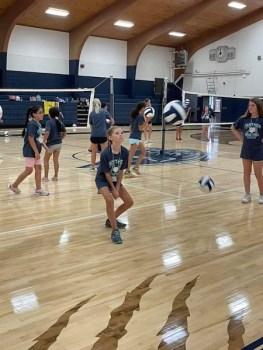 Along with learning the basics of volleyball, the kids were able to enjoy a field day, pizza day, arts and crafts time and movie time during the camp. (MELISSA BASWELL/ CONTRIBUTED) 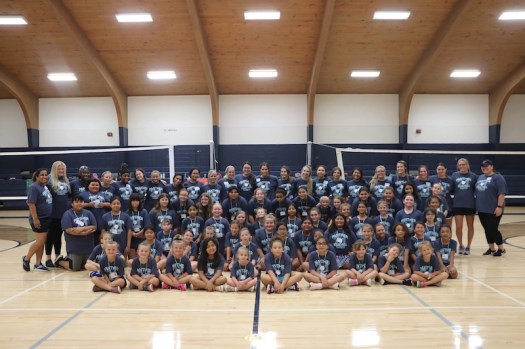 Jemison High School hosted its first volleyball camp from June 7-10 inside its gym.

The camp was put on by Jemison volleyball coaches Melissa Baswell and Kelsey Mims.

The two coaches had over 20 student volunteers to help out with nearly 60 participants, all in grades first through sixth.

“It’s been great just seeing the different spectrums,” Baswell, the head coach of the Jemison volleyball team, said. “One of the things that I want to do with the program is … build a foundation. So, for the kids to come in and for me to be able to lay eyes on them and teach them the basics of volleyball … has been a phenomenal experience.”

Along with teaching the basics of volleyball, Baswell and Mims wanted to make sure that the camp had other fun, interactive activities for the kids.

They set aside time for arts and crafts and movies, as well as having a field day and a pizza day for everyone, according to Baswell.

The activities were a hit, and should lead to growth in the future.

“It may be to the point where we have to do … different groups where we can’t have every single one of them in the gym,” Baswell said.

While the first camp was a success, there are no set dates for future camps. The program will host more though, and there is no reason to believe they will be any less successful than the first.