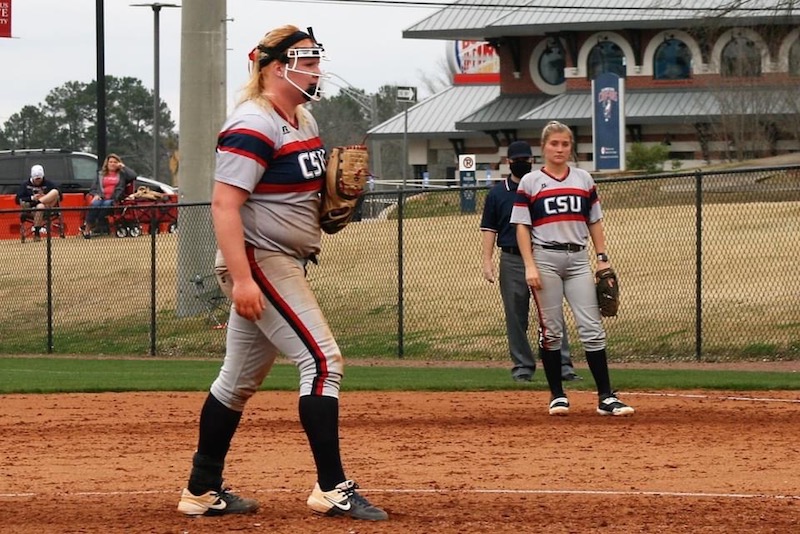 Hannah Corbin is coming off an exceptional season for Columbus State University. The former Jemison star led the Peach Belt Conference in several categories and finished in the top five in even more. (HANNAH CORBIN/ CONTRIBUTED)

Sometimes there are athletes that show true potential at the high school level but never quite make it in their sport at the college level.

But, sometimes a player goes to the next level and thrives.

This is what happened to Hannah Rose Corbin, a former softball star at Jemison High School.

After graduating from Jemison in 2018, Corbin moved on to Columbus State University in Columbus, Georgia. From there, she got to work on improving her game and making sure she was not one of the gifted high school athletes that did not make it in college.

“You step into college, and it’s a completely different game,” Corbin said. “In high school and travel ball, you would have a couple players on each team that, like from a hitter you could never get them out, or a pitcher that you could just never seem to hit, and in college every single player on that team are those players from high school.”

To get to the level that she needed to be at, Corbin worked tirelessly to not only improve her game, but to improve on how she mentally approached the game. She had to adjust to the fact that everyone was better in college, and that was a challenge mentally. However, the work she has put in to improve has paid huge dividends as she saw her game take a giant leap this past year.

From the beginning of the 2021 season, she dominated for Columbus State, finishing at the top of the Peach Belt Conference (PBC) in numerous categories.

From the batter’s box, Corbin finished the season with a .400 batting average, fourth best in the PBC, along with a .656 on-base percentage, best in the PBC. Getting on base was almost a certainty for Corbin most at-bats. She led the conference in walks with 67, and she also finished second in home runs with 16. Those home runs helped drive in many of the 39 RBIs she had, sixth in the conference.

What is so amazing about Corbin though is not how amazing she was hitting the ball, but how fantastic she was from the pitcher’s mound as well.

She finished with a record of 20-9 as a pitcher in 31 appearances, 21 of which were starts. Those 20 wins were the most of any pitcher in the PBC. She was seventh in the conference with an ERA of 2.63 and she finished second in the PBC in strikeouts with 211. She only walked 72 batters in all those games, giving her a near 3:1 strikeout-to-walk ratio.

Corbin also placed in the top 15 nationally for the NFCA top player/pitcher of the year award.

However, despite all these accomplishments, Corbin still feels like she can improve.

The thought of Corbin getting even better than she is now is unbelievable. With two more years of eligibility, it’s hard to see what more she can accomplish.

But with exceptional talent and an unwavering commitment to excellence, one can bet that even greater things lie ahead for her.