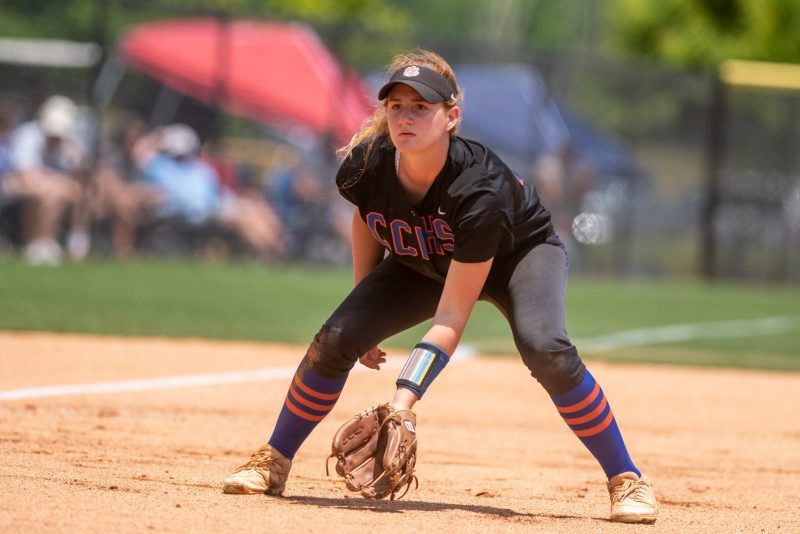 Giles is coming off an incredible season, where she played a huge role in the Lady Tigers’ run to the Alabama State Softball Tournament.

She finished the season with an astounding .528 batting average along with 20 home runs and 54 RBIs. She also managed 28 walks and 22 steals on her way to being named to the Alabama North-South All-Star Game.

“Teams have to prepare for her,” said Johnny Giles, a CCHS assistant coach and Marlie’s father. “Other kids before and after her get an opportunity to see good pitches because a lot of people tend to pitch around her. So, offensively and defensively she obviously was a huge part of our success in leading us to the regional championship and then our first opportunity at a state title run.”

Marlie Giles’ offensive talent and power is evident in almost every game she plays in. It is a big reason why the junior has already received an offer and committed to playing softball at the University of Alabama.

Even with all of the offensive success that she had over the course of the season, what was possibly most impressive was her stout defense.

Marlie Giles spent the season playing third base for the Lady Tigers. Third base in itself is a difficult position to play, but she had spent almost her entire time at CCHS playing catcher until being asked to switch positions ahead of this season. Giles had previously played third base a bit in travel ball, but it would be easy to think that playing it full-time would take some adjustment.

For Marlie Giles, there was hardly any.

“She has opportunities in travel ball to play outfield and other positions,” Johnny Giles said. “It wasn’t that big of a deal.”

Both Giles hope that Marlie can carry over all of her success into next season for CCHS and build off the success that the team had this year. She will be spending her summer working on her game, playing travel ball in California and Colorado in the Premier Girls Fastpitch (PGF) National Championship.

She will return to Alabama in July to play in the state’s North-South All-Star Game, and then spend much of her summer continuing to play and train.