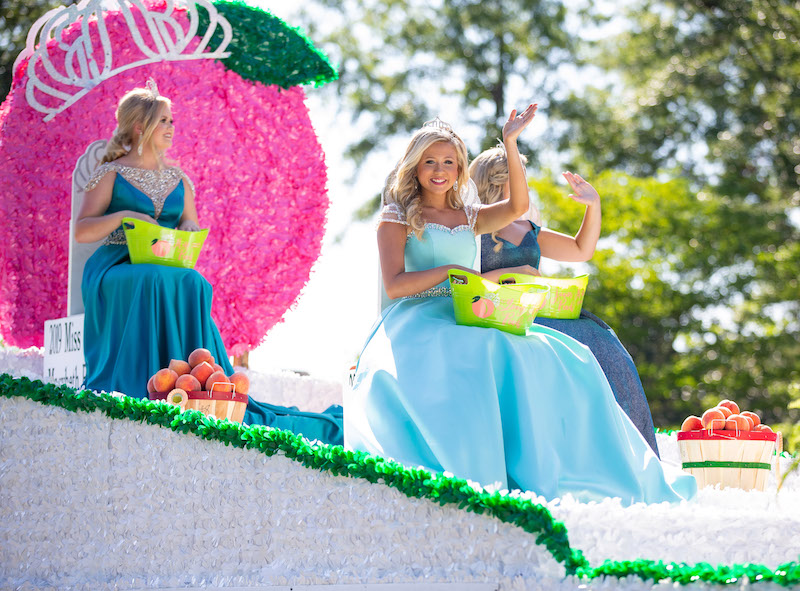 The Chilton County Peach Festival is back.

The festival was abbreviated last year and moved to a different month because of the COVID-19 pandemic restrictions on groups of people meeting.

But this year, the full schedule of events traditionally held by the Clanton Lions Club is back.

Festivities will begin on June 19 and run through June 26.

As always those wanting to participate on the Peach Festival Parade will need to register ahead of time.

“We are back to the last Saturday in June at 9 a.m. on June 26,” Kevin Mazingo of the Clanton Lions Club said.

Applications and requirements are available at chiltonpeachfest.com and a few are at River Bank and Trust.

Deadline for application to be postmarked is June 12.

On the day of the parade, floats and vehicles participating will meet at Clanton City Park from the Little League field to the parking lot for Jack Hayes Field.

“If you are going to be in the parade, you will be contacted by end of day June 23 and be advised of where to line up,” Mazingo said.