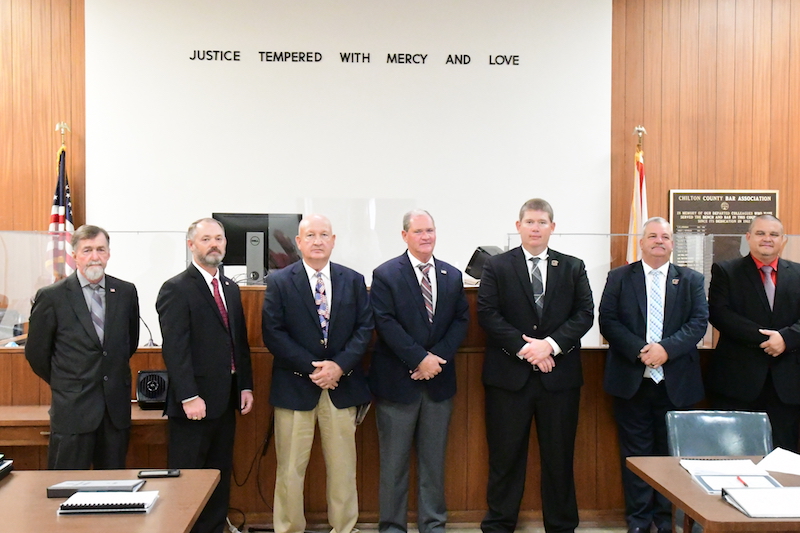 The Chilton County Commission discussed a road safety resolution suggested by Commissioner Randall Kelley during a meeting on June 8. (FILE)

Chilton County Commissioner Randall Kelley brought a road safety resolution to the commission during a meeting on June 8.

The resolution did not get voted on.

Kelley’s resolution would prohibit any permanent structures, such as fences, from being built within 35 feet of the center of any road in the county. Kelley felt like this would make the roads in Chilton County much safer.

He strongly felt, however, that the commission should enact the resolution in a way that people can still choose what to do with their property.

“I just would like for us to try to prevent things in the future from happening,” Kelley said. “But I want to be sure that we word this thing right and not make people think that we’re going to come in and just take your property without you saying anything … because I’m not for that.”

Members of the commission pointed out that there could be problems with approving such a resolution. For example, Commissioner Allen Williams pointed out that trees that are close to roads provide a much bigger safety hazard and that it would be expensive to the county to have to move those, so therefore it would not be cheap to move permanent structures that are too close to roads.

“You opened up a can of worms here,” Commissioner Matthew Mims said.

With Commission Chairman Joseph Parnell already absent, the commission decided to table to issue and to discuss it at a later time, possibly in a special-called meeting.

The commission also approved resolutions to spend the balance of federal aid money in the amount of $31,130.24 on centerline reflectors that would provide more lighting to approximately 100 miles of roads in the county.