Thorsby holds graduation for class of 2021 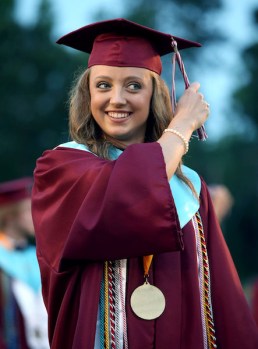 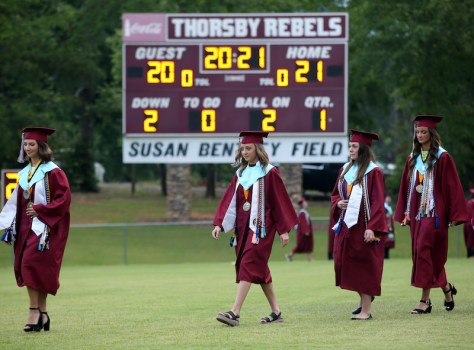 Thorsby graduates walk to their seats ahead of the ceremony. (BRANDON SUMRALL/ SPECIAL) 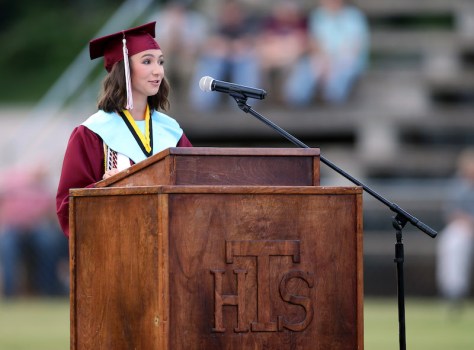 Three of the valedictorians addressed Thorsby’s class of 2021 during the graduation ceremony. They were Rylie Scarborough, Anna Kate Church and Lindsey Wood. (BRANDON SUMRALL/ SPECIAL) 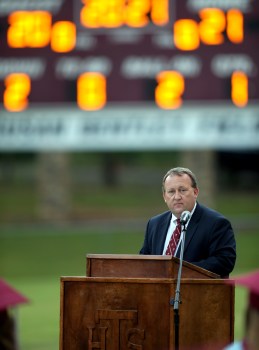 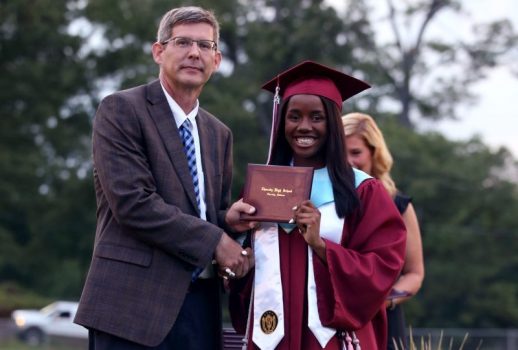 Thorsby High School held its graduation ceremony for the class of 2021 on June 3.

The event celebrated both in-school and out-of-school achievements that belonged to this graduating class, as well as reminisced on fond memories shared through the graduates’ years of school.

Chilton County Schools Superintendent Jason Griffin opened the ceremony by telling the graduates how proud he was of them for making it to the end of high school, especially given the circumstances of the last year.

He was followed by the three of the valedictorians for the class of 2021, Rylie Scarborough, Anna Kate Church and Lindsey Wood.

Each came with speeches that were uplifting to the graduating class, beginning with Scarborough, who told her classmates to go about life like the king of the jungle.

“In my opinion, lions can be quite humble,” Scarborough said. “A lion works hard in private, and when it is time to pounce, no one sees it coming. He takes his prize and walks away without being arrogant … He takes pride, humbly, in what he has done. He knows who he is and does not retreat from trouble or fear. He is the king. His crown is not his strength or his size nor his smarts, but his crown is the way he thinks. It is his character that makes him king.”

Church followed that up with a speech that asked the class of 2021 to reflect on its time in school. She made points that great moments and memories were shared among this graduating class, and that they have become such a tight group because of those moments. She wanted everyone to make sure they never forgot their final moments together as a class on the Thorsby football field, graduating together.

Wood also spoke about moments shared among the graduates. However, her speech was centered on what she has seen in her classmates, and what she wants to see from them in the future. She wants them to be kind, work hard and make good choices. Those three things come from a slogan said by Thorsby High School Principal Corey Clements many times over the years to his students. Wood finished her speech by inviting Clements to come to the podium and say the phrase to his students once more before they graduate.