Maplesville looks to the future 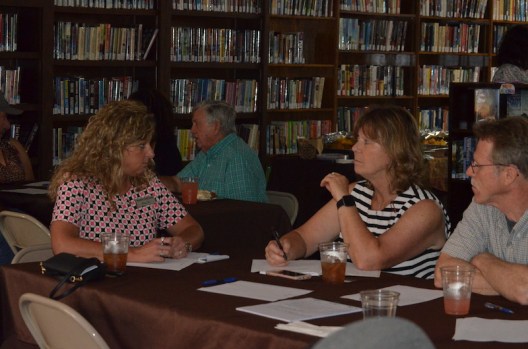 Community members think about what they want Maplesville to be in the future. (JOYANNA LOVE/ ADVERTISER) 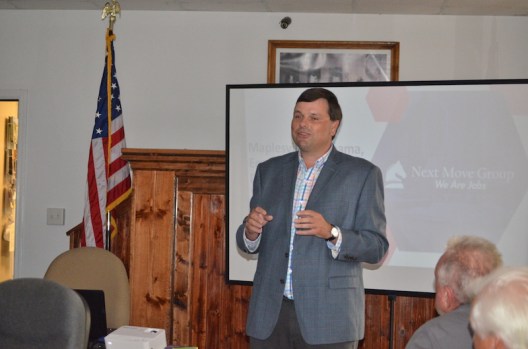 Chad Chancellor of Next Move Group 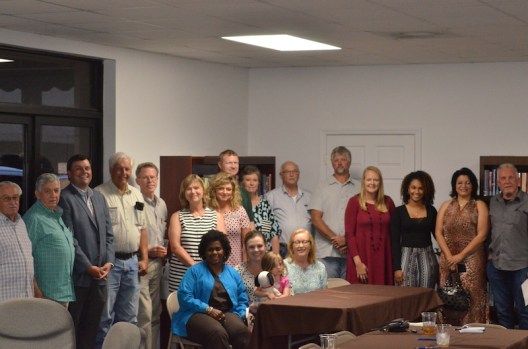 Maplesville residents and those who led the meeting had a time of detailed discussion during the meeting. (JOYANNA LOVE/ ADVERTISER)

Maplesville community members brainstormed what they would like the town to look like in the near and distant future during a strategic plan input meeting on June 3.

Chad Chancellor of the Next Move Group led the discussion asking a series of questions, which attendees answered working in groups. Answers were written down and collected at the end of the meeting.

He said the purpose was to gather ideas for what residents want the town to have in the future.

The first and last question asked what those present would want to see three years from now to consider the night’s work a success.

“This is what we will use to help drive the growth of Maplesville and what it will look like,” Whitney Barlow, executive director of the Chilton County Industrial Development Authority, said.

Next Move Group was developed as a company to specifically help small towns “figure out what they want to do and go out there and get it,” Chancellor said.

He encouraged those participating to dream without letting potential cost impact ideas.

Ideas from the meeting will be compared to find common projects among the responses. Some projects listed by multiple groups included upgrades to the playground, 24-hour urgent care, Walmart, Jack’s and expanding sewer service. Those will then be compiled into a survey sent to the participants to rank.

Chancellor said projects that score above a four on a 1-5 scale will be researched “to show … how much it would cost to do it and examples of other towns that have done it.”

Questions ranged from general to specific retail stores and restaurants that residents want to come to town.

One question asked what they would want the town to have in 30 years.

What current assets of the town need to protected was also discussed.

“I appreciate you coming and giving us your thoughts,” Hayes said. “They will have us something back, and we might not … (be able to follow it exactly), but maybe it will give us some ideas to help us grow a little bit and do a little better around here.”

Residents who were unable to attend the meeting and would like to receive the survey or give input can email Chancellor at chad@thenextmovegroup.com or Barlow at wbarlow@growchilton.org.

Separate plans are being developed for Jemison and Thorsby through a similar process.