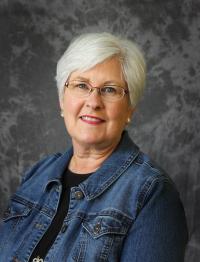 After 30 years of service at the Chilton County Extension Office, Gay West officially retired on June 1.

West has served a total of 38 years in Extension, and her first encounter with Extension was from 4-H when she was growing up.

“It all goes back to the fifth grade when I was first introduced to 4-H by two different Extension agents,” West said. “It made a big impression on me, and, in college, I chose a major that would work for Extension.”

West originally served in Perry County for eight years before moving to Chilton County. She worked for the Department of Human Resources in Clanton for several years before receiving the job at the Chilton County Extension Office.

During her time here, West has worked on a tremendous amount of programs and clubs. When asked if she had favorite programs, West compared it to having multiple children.

“It’s kind of like having to pick a favorite child,” West said. “4-H has to be one of my favorites, because of being able to work with kids. They’re always excited and interested to learn new things. I also like the hands-on projects like, sewing or cooking.”

West also has several programs that she is proud of and hopes to see them come back and continue.

“We started Chilton Leadership in 1998 and the last class we did was in 2013,” West said. “It was a nine month program where we would help people around the county. There were nine different programs they would learn about that included health, government and education.”

She is also thankful for all the volunteers and the many organizations that help to make all the different programs possible. West also wanted to mention how proud she was of the Chilton Food Innovation Center, and all it is doing for the community.

West will be leaving a large place to fill, and many are grateful for all the work she has done. However, she now hopes to have more time to spend with her family. West and her husband have already started a large project at their home thanks to her new free time, but she is most excited about spending time with her new granddaughter.