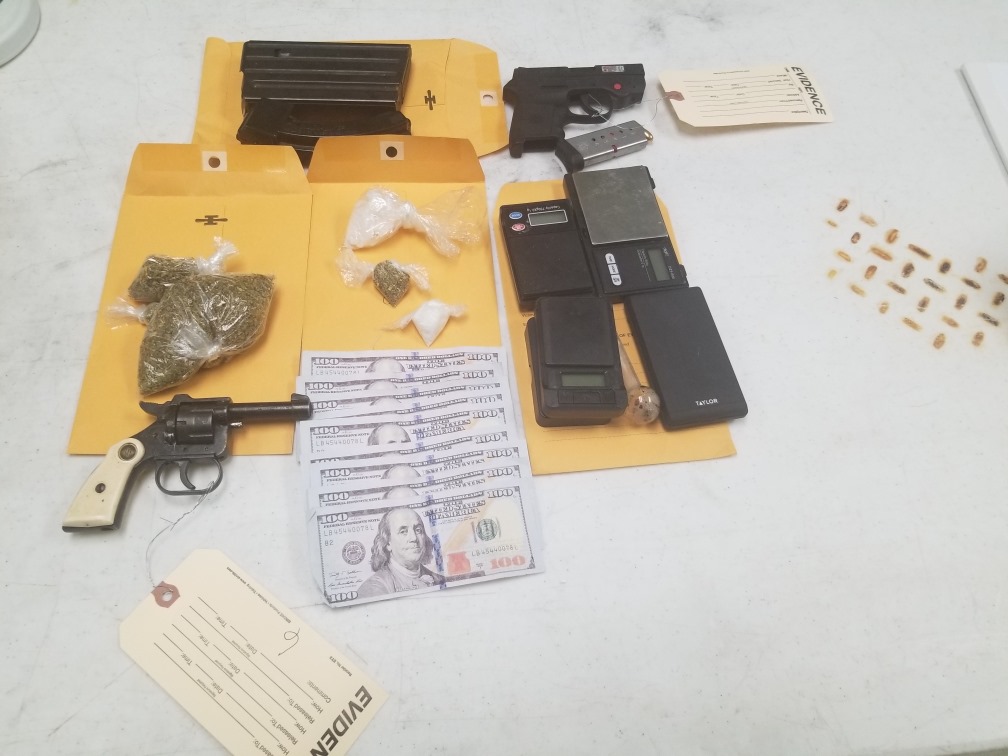 The arrests were the result of a year of work by the departments.

The arrests came as the result of a narcotics search warrant at 929 First Ave. in Clanton.

“During the execution of the Search Warrant approximately 17 grams of Methamphetamine, approximately one ounce of Synthetic Marijuana, $900 in counterfeit currency, two pistols (one of which was stolen from Clanton Police Jurisdiction) and numerous items of drug paraphernalia were located within the residence,” Bates said.

Childress was also charged with failure to appear on previous charges of Theft of Property fourth degree and disorderly conduct.