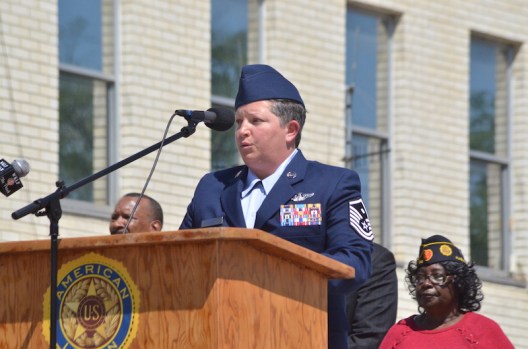 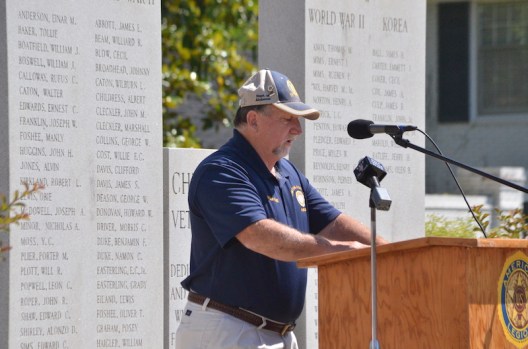 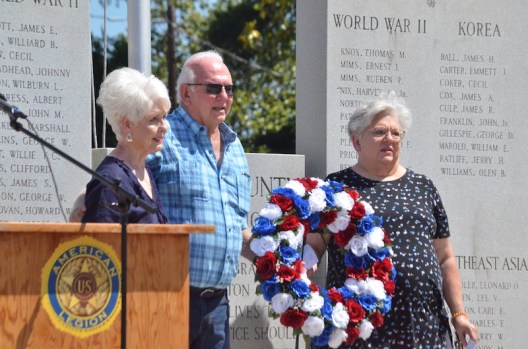 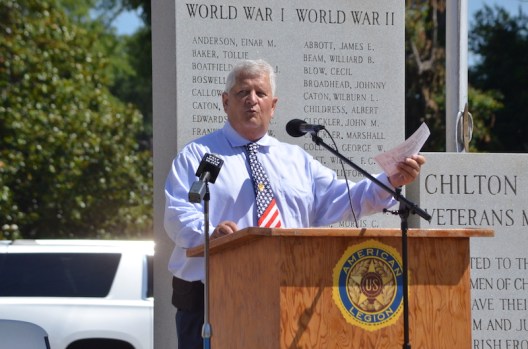 An event was held in honor of fallen U.S. veterans on May 31 outside of the Chilton County Courthouse in Clanton.

The Memorial Day event was put on by Enterprise Road American Legion Post 6.

U.S. veteran Jerry Grooms was in charge of the event, and he welcomed everyone to get things started.

The Pledge of Allegiance was recited by members of the Chilton County Girl Scouts while Maria Owens and Beta Walker sang a number of different American-themed songs, including the National Anthem.

Soon after, Clanton native Master Sgt. Allison Padgett of the U.S. Air Force was welcomed as the guest speaker for the event. She was the first woman to ever be invited as the memorial speaker in the 60-plus years that this event has been put on.

“Being the first female [to speak at the event], that’s huge,” Padgett said. “But just being in your hometown and being able to honor the people from your hometown that paid the ultimate sacrifice, I can’t even put into words what an honorable thing this is to be asked.”

Padgett’s speech focused on why Memorial Day is so important. The soldiers that served in the United States military and lost their lives fought to give every U.S. citizen things that many take for granted.

“The brave men and women that fought and lost their lives for our country were doing so that we may have the right to choose our own government through elections, freedom of speech, religion and assembly, a right to descent, and even the right to choose not to become a military member.”

That was followed by the laying of the wreath, which was done by Barbara Webster, Betty Hayes and Larry Turner, nieces and nephew of Willie F. C. Cost, a soldier of the U.S. Navy who fell in combat during World War II.

The lowering of the flag concluded the event.