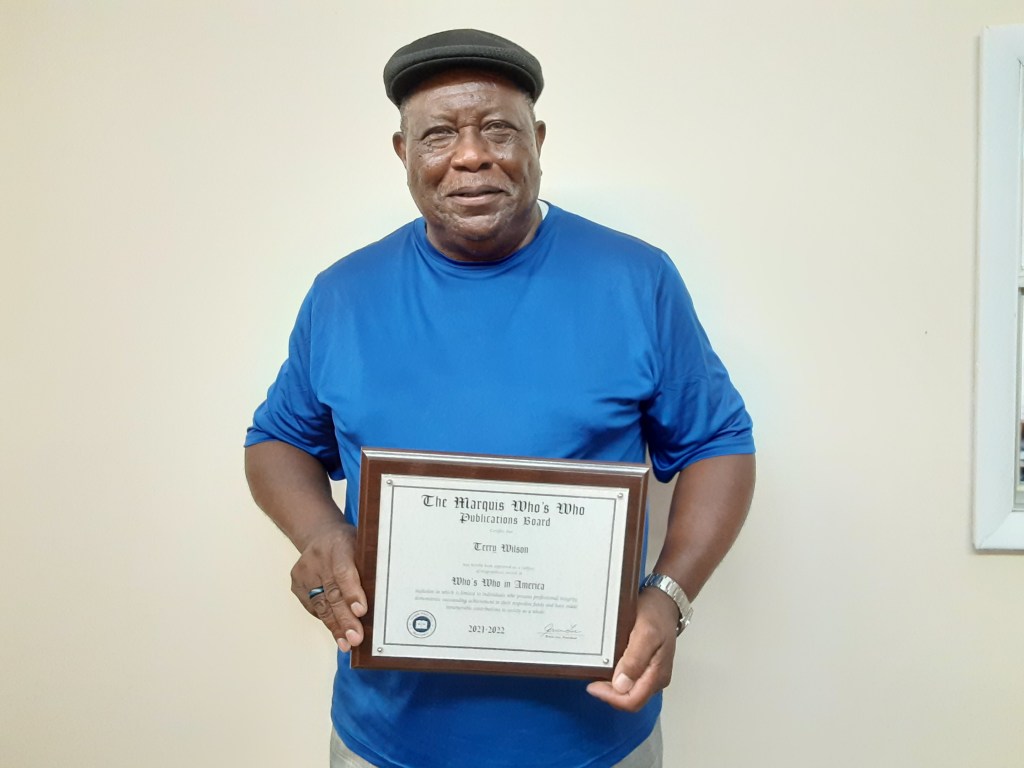 Terry Wilson with his plaque of recognition from Marquis Who’s Who. (JOYANNA LOVE/ ADVERTISER)

Terry Wilson of Maplesville has been named to the Marquis Who’s Who list of Top Executives.

Wilson said he is unsure who nominated him for the recognition, but he was notified in December 2020 that he would be on the 2021 list.

“It means a while lot,” Wilson said of the recognition.

According to the Marquis Who’s Who website, “The Marquis Who’s Who Top Executives selection process is a comprehensive and detailed attempt to produce a list of professionals that have demonstrated achievement in their fields of endeavor. Our process involves many factors, including an assessment of a professional’s years of service and unique contributions. This, combined with a comprehensive interview of the professional, allows us to make an appropriate decision regarding inclusion in Top Executives.”

Wilson was is a supervisor at Lumpkin Development in Pelham and a retired police officer from the Calera Police Department.

According to his bio, Wilson completed his associate’s degree in criminal justice in 1985.

Persistent is a word many who know him would use to describe Wilson.

His persistence helped him early in his career.

“Noticing there were no minorities in the police force, he was initially discouraged by family and friends from applying due to its inequity,” according to his Marquis Who’s Who. “However, he made it his mission to stop by the station and speak to the sheriff frequently until a part-time position opened, as joining the force was his lifelong goal. Mr. Wilson subsequently worked part-time for more than a year before becoming a full-time police officer with the Calera Police Department in Calera, Alabama.”

He was also patient and persistent in his efforts to get a storm shelter for his community of New Convert. His efforts and those of other community members paid off when the shelter was completed earlier this year.

Wilson retired from law enforcement after 25 years of service.

He now supervises two departments for trucks and pressure washing at Lumpkin Development.