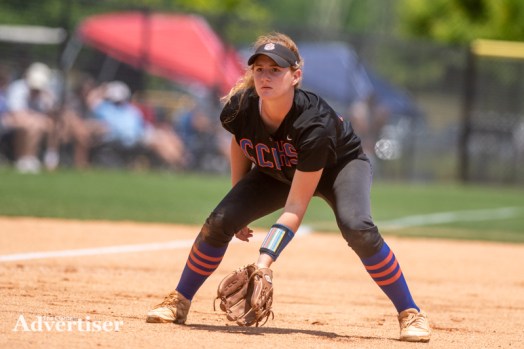 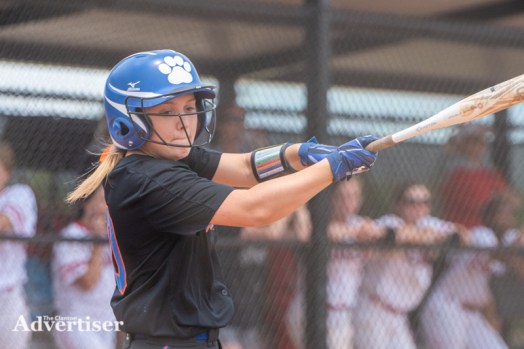 The CCHS offense struggled in its two losses on May 21. The Lady Tigers managed just four total runs in the two games. (KEITH MCCOY/ ADVERTISER) 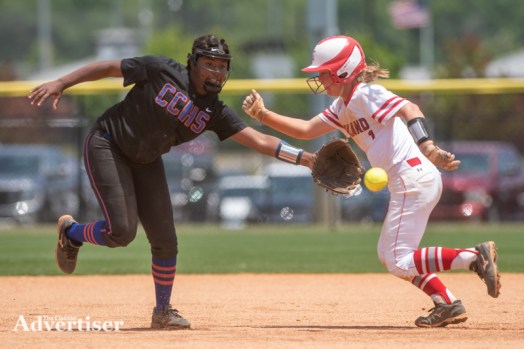 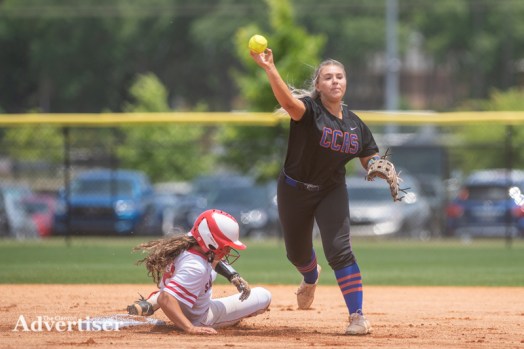 The Lady Tigers’ magical run has come to an end.

The CCHS softball team was eliminated from the 6A State Tournament on May 21, losing back-to-back games in the first rounds of the winner’s bracket and loser’s bracket.

It was rough from the start for the Lady Tigers. They began the day with a 13-2 defeat at the hands of Athens High School. After jumping out to a 2-0 lead early in the game, the Lady Tigers offense was shut down by Athens pitcher Emily Simon. Simon didn’t give up another run after the shaky first inning, while CCHS let the game slip away beginning in the top of the fourth inning. Athens put up 13 runs in three innings, finishing the win off in the sixth inning to send CCHS to the loser’s bracket.

The CCHS offense continued to struggle in the second game against Saraland High School. The Lady Tigers went the first four innings of the game without getting a runner across the plate. CCHS pitcher Emma Deason, meanwhile, played a solid game to keep the Lady Tigers in it. She gave up just three runs in the game, all in the top of the fourth inning. However, it wasn’t enough as CCHS managed just two runs in the game, both coming in the bottom of the fifth inning. The Lady Tigers had an opportunity to tie the game in the bottom of the seventh, putting runners on first and third base with two outs. However, they were unable to get the run home, ending what was a tremendous season.

CCHS finished their incredible run with 29 wins this season. They were able to finish in second place in their area in the regular season, while also playing their way into a Regional Tournament that they won by defeating a Helena High School team that had their number all season.

The Lady Tigers will be returning most of their talent in 2022 as well, as there was just one senior on the team this year.

With most of the team’s talent coming back it stands to reason that this could be a team that makes some serious noise next year, with the potential to make another run.

With a little bit of luck, next year could have a very different ending for this team too.