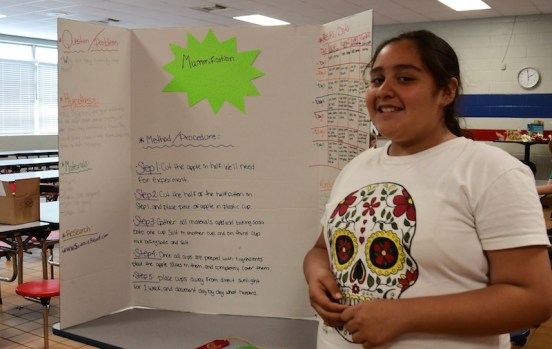 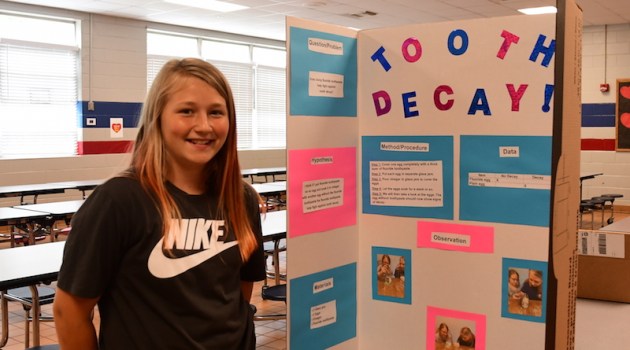 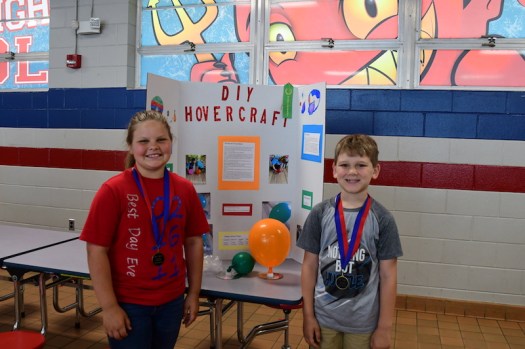 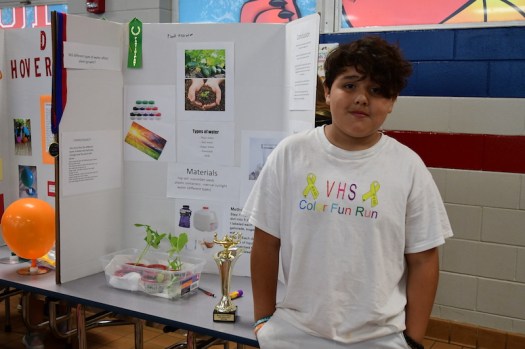 Many Verbena fourth grade students got their first taste of conducting an independent experiment as a part of the school science fair on May 19.

While some did work in groups, this was the first science project the students worked on without step-by-step help from their science teacher.

Jon Carlial Granades won Best in Show in the fourth-grade division with his project focused on plant hydration.

Jon said he was inspired by his grandmother’s plants and that she had a lot of dirt available.

Different plants were given one of the following water substitutes: sports drink, milk mixed with water, sugar water or saltwater.

A plant that was given plain water served as the control for his experiment.

Jon said he enjoyed “watching the plants grow” as a part of the project.

The most challenging part for him was typing all of the information for his display board.

“Because it had more air blowing out,” Colby said.

The duo found the project on the internet.

It was in the beginning.

“At first, we didn’t know how to put the balloons on,” Adie said.

Colby said he enjoyed watching the project hover and glide.

Second place was a tie between Daniela Solorio Jimenez for her mummification-inspired project and Jayden Williams for her fluoride project.

Daniela said she was interested in doing something related to the Egyptians and found a project online. Jayden also found inspiration on the internet for her project.

Daniela’s experiment recorded the effects of baking soda and salt on an apple slice to see if it would “mummify” it by removing the water and slowing the growth of bacteria.

“The baking soda and the salt made the apple hard and brown,” Daniela said.

She determined that this mixture worked the best.

The fluoride protected the egg shell, but the vinegar disintegrated the shell of the egg in the second jar.

“I liked looking at the egg every day because every time I looked at it the foam around it was bigger,” Jayden said.

She also enjoyed decorating her project board.

Daniela said she enjoyed her project because “my aunt helped me … and that it did work.”

This was the first time in at least several years that Verbena High School has held a science fair, but it is expected to become an annual event.