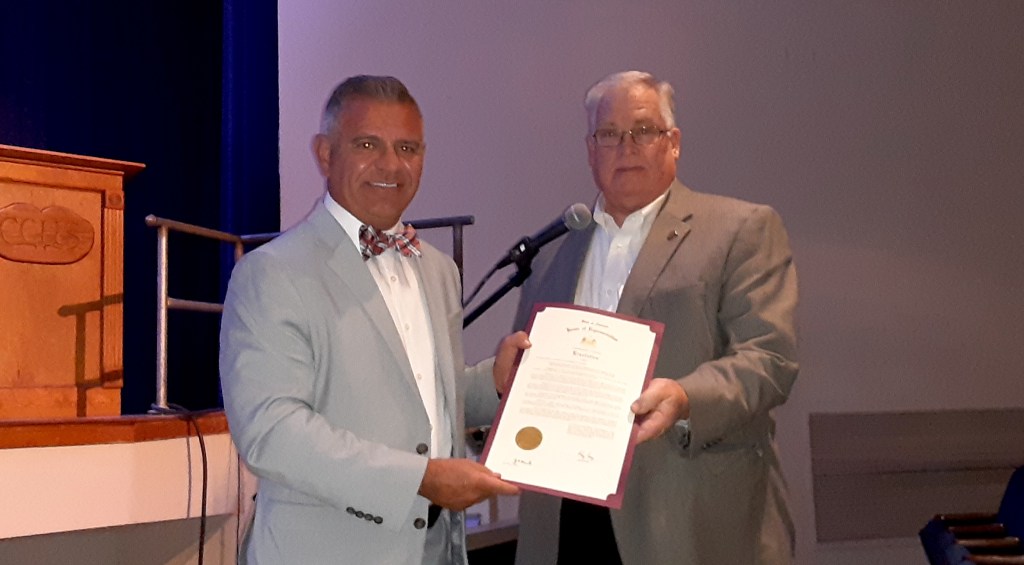 At the Chilton County Board of Education’s most recent meeting on May 18, Ron Pinson received a resolution in recognition of him being named Alabama’s 2021 Principal of the Year.

The resolution listed several of Pinson’s accomplishments including; serving as Chilton County High School principal for four years, as well as assistant principal for five years, having a total of 21 years in education, that the CCHS state report card has gained five points in the prior year alone and for introducing programs that bring the community and the school closer.

“I was a principal for 24 years,” Smith said. “I thought I was pretty good principal, until I saw the credentials that I have here with Ron.”

This is the first time in recent years that someone from Chilton County has received the award, if not the first time ever. Pinson thanked Smith and everyone who had a part in presenting him the award.

“What is more rewarding, is to give more than receive,” Pinson said. “I love giving to the kids and that is what it is about for me. To see a smile on their face each and everyday… that’s what drives me.”