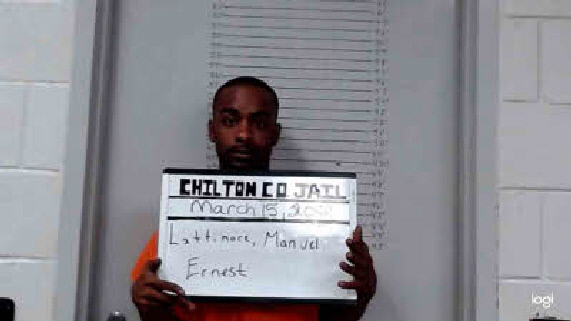 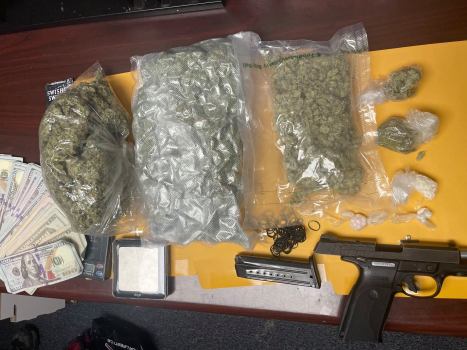 Manuel Ernest Lattimore was arrested after Clanton Police found he had illegal narcotics packaged for distribution.

Manuel Ernest Lattimore was arrested after Clanton Police found him in possession of narcotics on May 16.

CPD Officer Michael Ray arrived at Trilliam Apartments at approximately 1:40 a.m. in response to a phone call. The caller was “a female that stated that someone tried to run over her in a vehicle,” the release stated.

After the Clanton Police Department arrived at the scene, they found Lattimore “in possession of a substantial amount of narcotics that were packaged for distribution, items for the weighing and packaging of narcotics and a handgun,” according to a CPD statement released on its official Facebook Page.

Official charges are still being filed. Lattimore was released on May 18. On May 6, Lattimore had been charged with failure to appear/comply/pay.

When the vehicle suspected to be involved, which was being driven be Lattimore, would not stop as it attempted to leave the apartment complex, Ray and Officer Edwin Freeman followed the vehicle.

Lattimore lost control of his vehicle while trying to turn onto New Harmony Road.

“The driver (Lattimore) then exited the vehicle and attempted to flee on foot. Officer Ray chased the subject into a wooded area and was able to take him into custody,” CPD stated in the release.