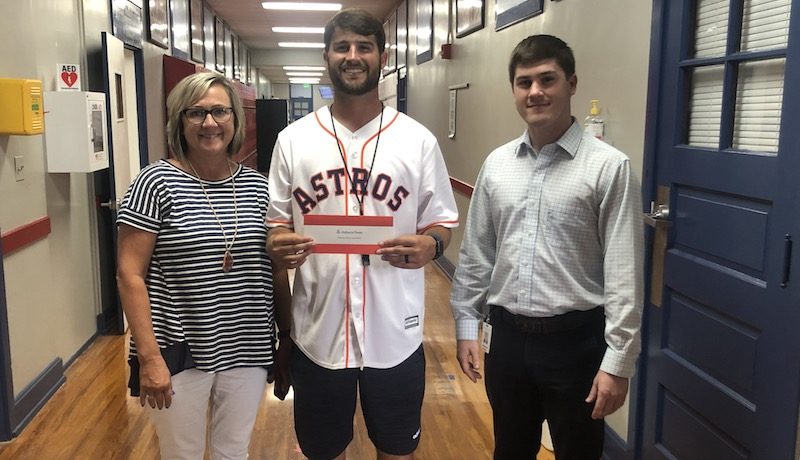 Verbena High School is getting a volleyball team for the first time ever.

With the help of Alabama Power, the bill for starting the team will be a little bit cheaper, too.

The school received $1,500 from Alabama Power through a Power to Play grant, given to schools to fund athletic or arts programs.

Verbena basketball coach Houston Daniel heard about the grant from another teacher, and he immediately knew that the school could use the money, as plans for a volleyball team were already in place, so he applied.

“It’s going to be the first time ever that Verbena has had a volleyball team,” Daniel said. “So, I knew that would be a great way to try and get equipment, and we have to get the holes punched in the floor for the net and things like that.”

The $1,500 will go a long way towards helping Verbena get the program going, as getting holes put into the gym floor can cost thousands of dollars, according to Daniel.

With other costs for things like uniforms, equipment, nets and other expenses, the school is extremely appreciative of the help that Alabama Power has offered.

“I want to thank Alabama Power, not only for awarding us the grant but just for giving everybody an opportunity,” Daniel said. “This isn’t the only grant that they give out. They give out multiple grants throughout the year, so they’re willing to help anybody and everybody. It doesn’t matter if you’re a big-time school or just a little, small school like Verbena who nobody really knows about … We’re just grateful for that, and we couldn’t say thank you enough to them.”