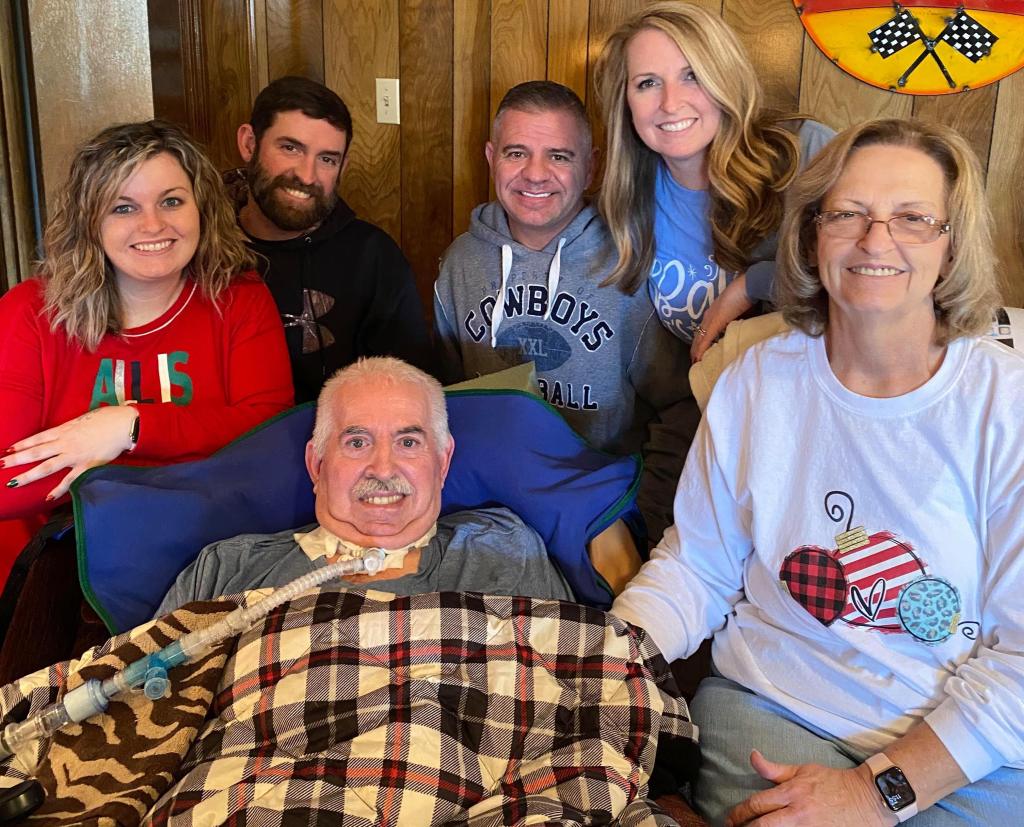 May is ALS Awareness Month. Amyotrophic Lateral Sclerosis (ALS), also known as Lou Gehrig’s Disease, affects nearly 30,000 people living within the United States. The early symptoms that people usually experience are muscle weakness or stiffness; difficulty walking, swallowing or holding their head up; muscle twitching or slurred speech. Muscle stiffness or weakness is usually followed by progressive weakness and paralysis of the muscles which affect the control of speech, swallowing and eventually breathing. Longtime local Clanton resident, Ricky Easterling, age 64, was diagnosed with ALS in 2012, at the age of 55. The average life expectancy for ALS patients after diagnosis is three to five years. Nearly 10 years later, Easterling continues his fight and journey living with the disease.

“Initially, I developed a limp while walking,” said Easterling. “I noticed that my left ankle would only move up and down about half as much as it should. I thought maybe I needed an adjustment from the chiropractor. I had zero pain and even now, I still don’t. After a couple of visits nothing changed, so I went to see my doctor, Dr. Jani. He sent me for an MRI and said that my back might be the problem and sent me to a surgeon. When the surgeon looked at the MRI, he said you have some curvature in your back, but it’s normal for your age. So he sent me to another doctor for a nerve test. After that test was done, the doctor had a concerned look on his face and said, ‘I’m sending you to UAB, you’ve got to get this seen about or you won’t be walking much longer.’ It hit me really hard, I actually looked around to see if maybe he was talking to someone else. After another painful nerve test and a biopsy of muscle tissue, they told me, “you have ALS, and there is no cure.”

Many know Easterling through his passion for speed racing, specialty work on cars and building motors. After his diagnosis of ALS and progressive paralysis leaving him unable to speak, Easterling spends his time communicating with friends and family (and this interview) with an eye device called VISUALS.

“A laser beam reflects off my eyes and back to the screen,” said Easterling. “A dot appears on the screen that follows wherever my eyes go. The screen has the same thing on it as a keyboard does. I look at a letter or number, and it will type it just like I touched it with my finger. I type my message and click ‘speak,’ and it will speak for me. The computer programmer has got to figure out how to get Southern slang on the program though.”

“Without this eye-operated computer, I would be lost,” said Easterling. “Of course, now being totally paralyzed, I watch a lot of racing on TV and the internet. I am on Facebook, and every now and then I give advice on car repairs. I listen to music daily. I had the privilege of helping Piper Peach Radio with their Motown song playlist awhile back.”

Easterling accredits much of his longer life expectancy and quality of life to an experimental stem cell treatment that he received early in his diagnosis. He also credits his wife and family’s care, faith, thousands of prayers from friends, and living by the motto “I have ALS, but ALS doesn’t have me!”

“Never take simple things for granted, like an itch you can’t scratch, a tear you can’t wipe away, a hug you can’t give or saying ‘I love you’ in your own voice,” said Easterling. “Not being able to swallow, I really miss the taste of food. My nourishment all comes through a feeding tube now. If I could drink, I would pay $1,000 for glass of ice tea or Coke.”

Even though times can be difficult and less than ideal, Easterling has sound advice for anyone faced with ALS or poor health prognosis.

“Never let a bad diagnosis control your mind and never let a doctor make you believe you’re going to die in a certain amount of time,” he said. “The Lord is the only one that knows. Your mind is the strongest part you have.”