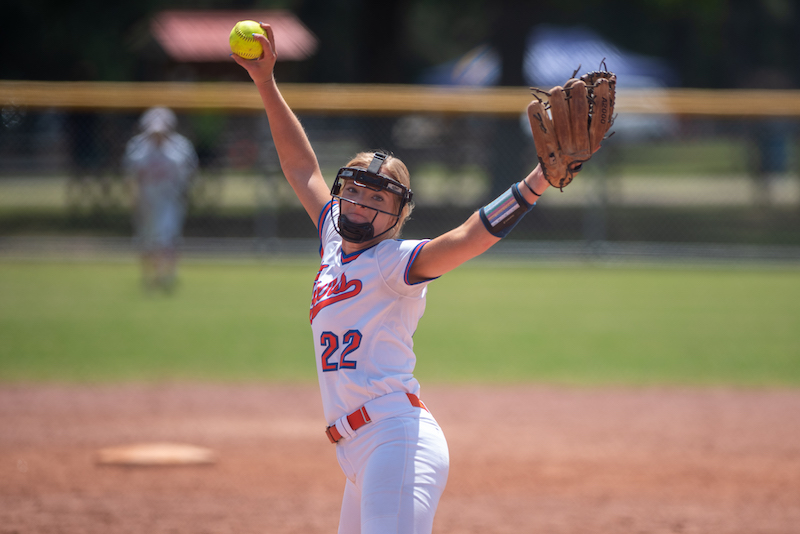 The Chilton County athlete of the week for the week of May 8-15 is CCHS pitcher Emma Deason. Deason picked up three wins in the 6A Regional Softball Tournament, including a 1-0 victory over Helena High School that sent the Lady Tigers to the State Tournament. (KEITH MCCOY/ ADVERTISER)

This week’s athlete of the week is Chilton County High School softball pitcher Emma Deason. Deason was lights out in the 6A Regional Softball Tournament held in Tuscaloosa from May 12-15.

CCHS played three games in the tournament, all wins. Deason started all three and pitched seven innings in every game.

After beating Wetumpka High School 10-5 and Hillcrest High School 5-3, CCHS faced a familiar foe in Helena High School in the Regional Final, and Deason saved her best for that game.

Deason threw a three-hit shutout against Helena, avenging four previous losses to the Huskies and sending the Lady Tigers to the State Tournament. She walked only two batters in the game while striking out three.

While Deason got the job done from the mound, Pierce stepped up from the batter’s box for CCHS. In the Regional Tournament, Pierce went on a tear for the Lady Tigers.

She started the tournament off going a perfect 5-for-5 against Wetumpka, driving in four runs in the process. She followed that performance up with a 2-for-4 performance against Hillcrest. Brought added two more RBIs to her total in that game.

In the final game against Helena, Pierce only went 1-for-3. Her one hit in the game though was the most significant hit of the game. With a runner on first and no outs in the bottom of the sixth inning, Pierce hit a single up the middle that moved Chloe Shiers to third base. The next at-bat, a passed ball brought Shiers home, giving CCHS the game’s only run in a 1-0 win. The victory sent the Lady Tigers to the State Tourament.