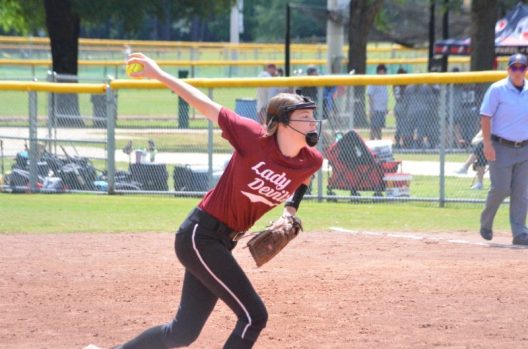 Lexi Smith delivers a pitch in the win over Verbena. (ZACHARY SEIFTER/ ADVERTISER) 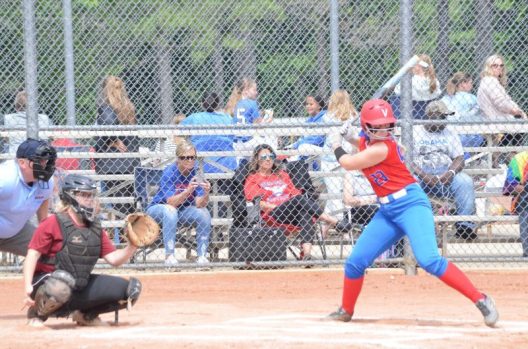 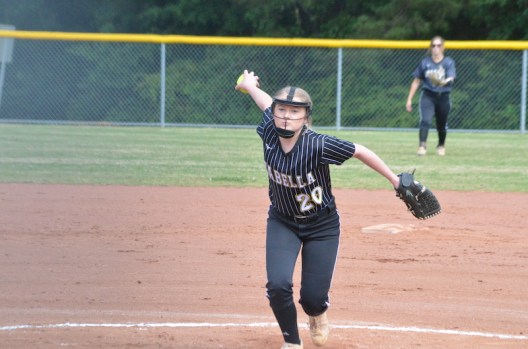 Isabella pitcher Madelyn Ratliff pitched both games in the Regional Tournament for Isabella on May 13. (ZACHARY SEIFTER/ ADVERTISER) 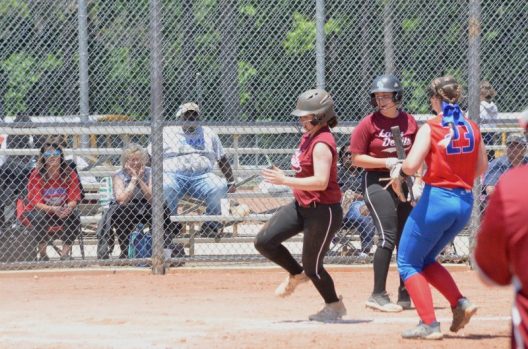 Maplesville rallied to advance to the final of the loser’s bracket in the 1A Regional Tournament. The Lady Devils won three straight games after beginning the tournament with a loss to South Lamar, however, they fell to South Lamar again in their final game of the tournament. (ZACHARY SEIFTER/ ADVERTISER) 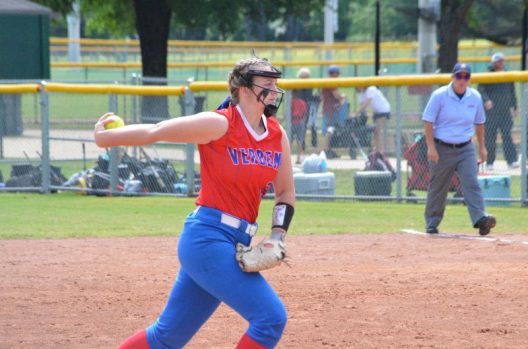 Jaycee Quinn was the starting pitcher for Verbena in the 10-2 loss for the Red Devils. Quinn gave up only four earned runs off seven hits with four walks and five strikeouts. (ZACHARY SEIFTER/ ADVERTISER)

Three softball teams from Chilton County were knocked out of their Regional Tournaments on May 13.

Isabella High School lost both of its first two games in the 2A Regional Tournament to Luverne High School and Cold Springs High School, ending the Mustangs’ season.

Maplesville was eliminated by South Lamar High School in the final round of the loser’s bracket in the 1A Regional Tournament. A victory would have clinched a spot in the State Tournament for Maplesville, but South Lamar proved to be too much for the Lady Devils as they fell by a score of 16-1.

Despite the losses, each of the three teams accomplished a great feat in just making the Regional Tournaments. All three had obstacles to overcome, and each found its way during the season, continuing to advance until falling just short on May 13.

“Their biggest asset this year was perseverance,” Isabella head coach Kacie Adams said of her team. “There were a lot of games where we just got down, and it looked like it was going to run away from us. They really just didn’t give up, they persevered through it and fought back and ended up coming from behind on some of them.”

Perseverance is a necessity for any team to go on a playoff run. Despite facing hardships throughout the season, the best teams find it within themselves to overcome.

Verbena in particular faced serious hardships throughout the season. The team’s best pitcher, Jaycee Quinn, missed multiple weeks trying to recover from a case of mononucleosis. However, Verbena fought through it, winning their Area Tournament and advancing in the Regional Tournament before losing to an excellent Maplesville team.

“I’m very proud of Verbena for their resiliency,” Verbena head coach Allen Brothers said. “Jaycee Quinn dealt with mono, so we lost her for a couple of weeks during the middle of the season and she came back and she had to work her way back into shape and other girls stepped up … I’m really proud of the girls for working hard and for not giving up. Today, we could’ve came out here and played as flat as we could but instead we decided to bring the fight to them [Maplesville], and it just wasn’t quite enough.”

Each of the three teams have a lot to look forward to. The future is bright for each of the softball programs. Talent is needed to advance as far as these teams did, and the talent on each roster is plentiful. For Maplesville, they hope that going into next year, the talent they have is enough to push them over the top, as they were just one win short of playing in the State Tournament.

“This was my fifth year [with Maplesville], but it’s more like four years and a half on account of COVID, and my exiting seniors won 103 games in the four and a half years I was there,” Maplesville head coach Clark Whatley said. “So, it’s been trending that way since I got there in 2017, and I think the future’s bright and we’re going to keep working hard and continue to go after our goal and make it to the state [tournament], and eventually maybe we’ll be state champions one day.”