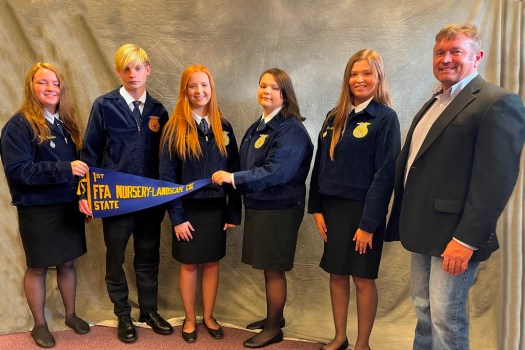 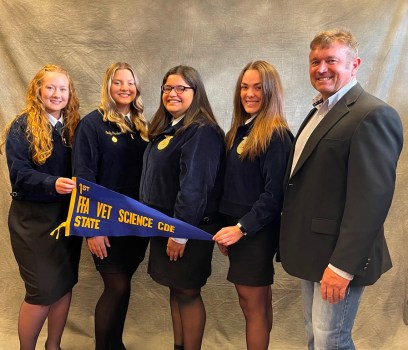 Thorsby FFA has created a legacy of excellence over the past eight years, with this year being no exception.

On May 6, they added three more state titles to the Dairy Evaluation title they picked up in the fall. The newest state titles are in Meats Evaluation, Nursery-Landscape and Veterinary Science. They also had success in some other competitions with the second place Poultry Science team, fourth place Land Judging team and seventh place Small Engines teams.

The Nursery-Landscape team was excited about their win, but understand that they have a lot of work ahead of them before nationals. The team members consist of Tori Mims, Mesha Mims, Haley Maddox and Madison Day. Tori Mims and Mesha Mims talked about some of the differences between the state and national competition.

“There won’t be a test bank at nationals,” Mesha Mims said, referring to a resource given to them at the state competition.

“We will have to know the numbers that are for each plant and their scientific names,” Tori Mims said.

They will have to memorize 60 different plant species’ scientific names and the numbers that corresponds to each specimen. While it is a daunting task, the team seemed willing to face the challenge. The Vet Science team will also have to prepare for new challenges, according to Emily Parker and Rosa Hernandez.

“We will have to draw blood from some animals, and that is preparing us for our future careers,” Parker said.

“They add more of the ID, than we had at state,” Hernandez said. “There’s also team activities at nationals that we didn’t have to do at state. Like Emily said, most of the team activities are drawing blood from an animal and other hands-on things.”

While there are several differences from the state competition to the national one, the team was excited to learn the new material. The Vet Science team consists of Parker, Rylie Scarbrough, Hernandez and Presley Mims. Parker said she is interested in a career path working with animals.

“I want to go into zoology,” Parker said. “I grew up with animals and really love them.”

Whether or not the students go into a field related to the competitions they are in, the ability to work with others and being informed consumers are invaluable skills. Small Engines team member, Michael Killingsworth, said the things he is learning will help him in the future.

“It has taught me a lot more than I already knew,” Killingsworth said. “I think it’s very helpful, no matter what you do in FFA; whether it is nursery-landscape, poultry, meat evaluation, or whatever you do, it is helpful to your future.”

While Killingsworth, the rest of the small engines team, the land judging team and poultry science team may not have won their competitions, but they are still learning valuable skills and will have the opportunity to compete again next year.

The Thorsby FFA has a lot to be proud of, but they are always working towards the next goal. With four teams preparing for national competitions and several others getting ready for their chance at a state title, things stay busy year round. The cost of excellence is high, but the Thorsby FFA has been paying it for almost a decade and shows no signs of stopping soon.