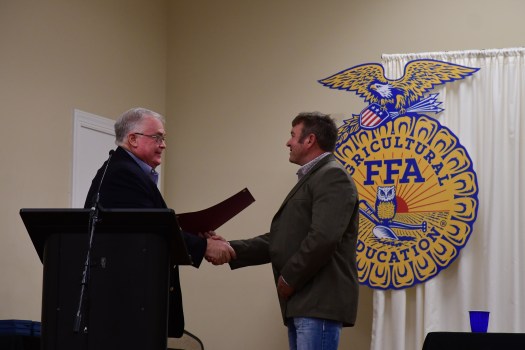 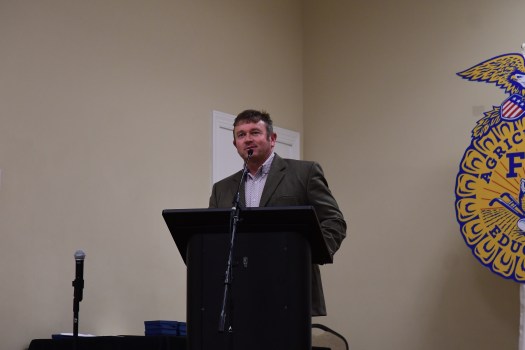 Thorsby FFA sponsor and coach Brian Lucas received a state resolution in honor of his service during the annual FFA banquet on May 13.

“To have the accomplishments that Brian’s got through these students is really wonderful,” Smith said.

Smith said this level of success was “unheard of.”

“His leadership is evident in the widespread success of his students,” Smith read. “… he has earned the admiration and respect of those who have had the privilege of associating with him.”

Lucas was named state FFA Advisor of the year in 2018.

Smith described Lucas as a “Caring, creative and effective educator.”

“We are proud of Mr. Lucas and the job that he does,” Thorsby Principal Corey Clements said. “He doesn’t get enough credit or recognition for what he does. He is one of the best teachers of his field in this county. I can’t say enough good things about Mr. Lucas about his passion for what he does, for the time that he puts into his job.”

“I wouldn’t be here if it wasn’t for them,” Lucas said.

He compared coaching the multiple FFA teams to coaching multiple sports at the same time.

“There is not a better group of kids in the United States of America, then what I teach,” Lucas said.

Lucas said he had traveled 5,812 miles with the senior class since they first joined FFA in eighth grade.

He thanked the parents for sponsoring the banquet this year, when the school system could not.