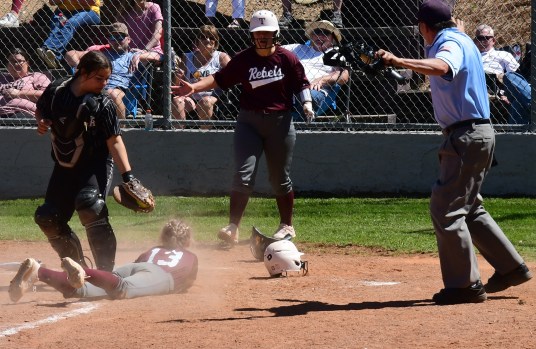 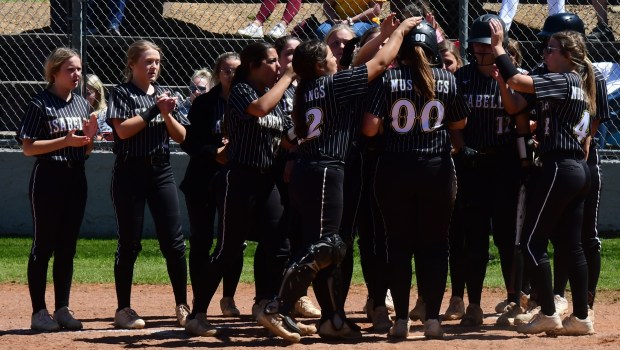 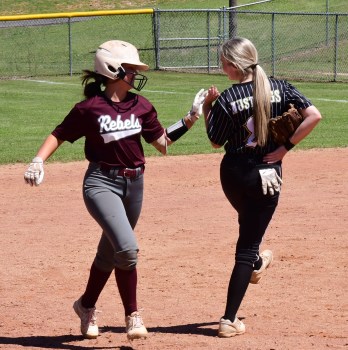 On May 7, Thorsby’s Lady Rebels claimed the top spot in 2A Area 6 over Isabella’s Lady Mustangs.

The two teams battled in a best of three tournament in the Area Championship. While the Rebels came out on top, both teams put on a show scoring 34 combined points in game two.

The first game, however, was defined by defense with Thorsby’s pitcher, Makinley Turner, striking out 11 batters and Isabella’s pitcher, Madelyn Ratliff, with 6 strikeouts. The Rebels were able to pull off the 6-2 win behind Lindsey Burnett, who went 2-for-4 scoring one run and two RBIs in game one, and Madisyn Ellison, who went 3-for-4 and scoring one run.

Game two was a much different story with both offenses putting up big numbers. The game stayed exciting with both teams staying within a couple points of each other, until the sixth when the Rebels put up seven points and not allowing Isabella to score in the inning.

After the games, Thorsby’s head coach, Rachel Argent, was pleased her team had won the games but feels they still has somethings to clean up before the Regional Tournament.

“We need to polish up on some positions and we need to keep working on our hitting,” Argent said. “We hit the ball a lot better in the second game, we’re pleased with that, but we still have some work to do.”

Both the Lady Rebels and Lady Mustangs will be advancing to the 2A Regional Tournament in Tuscaloosa next week.