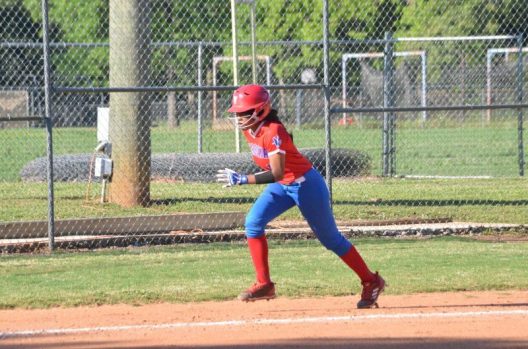 Laliah Benjamin runs to home plate on her way to a Verbena run. (ZACHARY SEIFTER/ ADVERTISER) 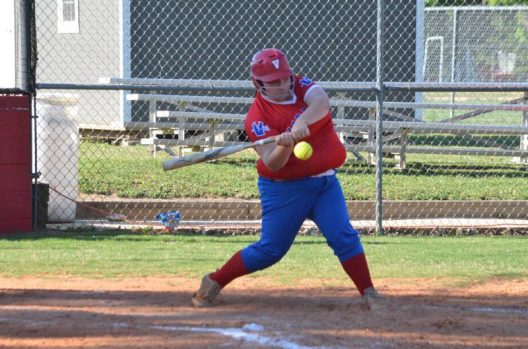 Elizabeth Shiver swings at a pitch early in the first game against Loachapoka. (ZACHARY SEIFTER/ ADVERTISER) 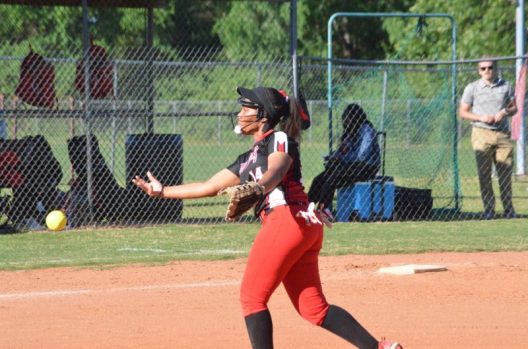 Kemiah Tatum started the first game against Verbena for Loachapoka High School. She gave up 16 runs in two innings of play in the loss. (ZACHARY SEIFTER/ ADVERTISER) 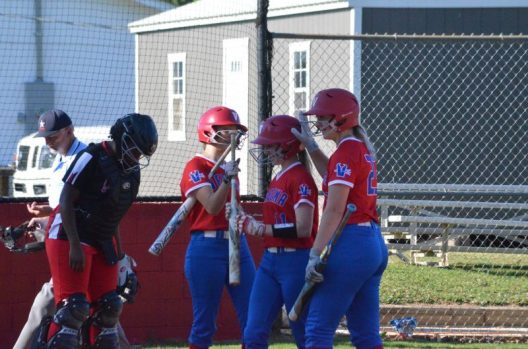 Madison Bryant celebrates with her teammates after hitting a lead-off home run in the first inning. (ZACHARY SEIFTER/ ADVERTISER) 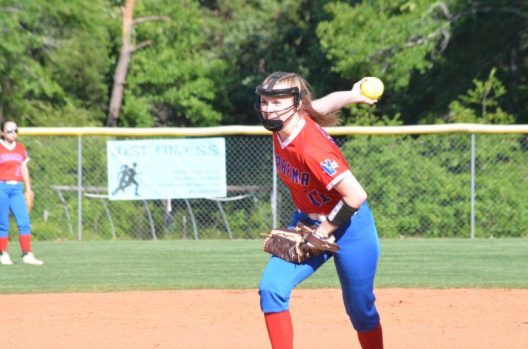 Madison Bryant started the first game from the mound for Verbena High School. She pitched three innings in the 16-0 win. (ZACHARY SEIFTER/ ADVERTISER)

It was not very hard to see coming.

In fact, considering what happened in the Loachapoka High School v. Autaugaville High School games before Verbena High School took the field, one would say a loss for the Red Devils would have been shocking.

Following a 37-22 Loachapoka win in the first game of the tournament, Verbena played Loachapoka for the chance to play in the area championship as well as punch its ticket into the Regional Playoffs.

Verbena won, and it was not even close.

The scoreboard said that Verbena won 16-0 in just three innings of play, but it could have been significantly worse. After putting up 12 runs in the first inning, and having just one out, Verbena runners began getting themselves called out on purpose to move the game along. They did the same thing in the second inning after scoring four more runs. The game was so lopsided, Verbena players and coaches figured that eating pizza in the dugout was a better use of their time than continuing to destroy Loachapoka.

The second game was not much better.

Loachapoka once again beat Autaugaville by a score of 25-11 to set themselves up for a rematch with Verbena, but once again Verbena dominated them.

The final score of the second game was 15-0 Verbena, finishing off the tournament and sending Verbena into the Regional Playoffs as area champions.