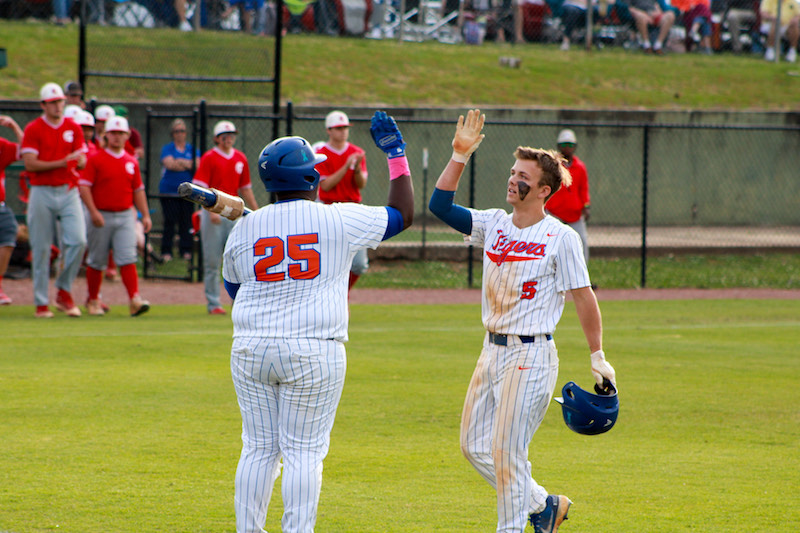 CCHS was the only team in Chilton County to advance to the third round of the state playoffs. Maplesville High School and Thorsby High School both fell in the second round. (FILE)

While three teams in Chilton County were able to advance to the second round of the state playoffs, only one was able to survive its next series the weekend of April 30-May 1 and advance to round three. That team was Chilton County High School.

The Tigers faced off against Saraland High School. They were able to defeat the Spartans in two of the three games they played, getting CCHS to the third round, where a date with Northridge High School awaits them.

The Tigers relied on great pitching performances from Pico Kohn and Brady Bolling in their two wins. The two pitchers gave up a combined two total runs in the wins, with Bolling throwing a shutout in Game Three.

CCHS will travel to Tuscaloosa on May 7 to play Northridge. The winner of that series will advance to the Final Four.

Thorsby High School was the second of the three teams that played over the weekend. The Rebels fell in the two games they played against GW Long High School by scores of 5-0 and 19-1.

While Thorsby’s offense struggled, the defense and pitching did very little to pick up the slack, particularly in Game Two. The Rebels gave up a total of 21 base hits as well as seven walks in the two games. All those base runners helped GW Long put up a total of 24 runs in the series.

Maplesville High School was the last of the teams remaining in the county that advanced to the second round. The Red Devils, like Thorsby, were swept out of their second round series, with Maplesville losing to Bayshore Christian High School.

Maplesville lost both of its games in heartbreaking fashion. In Game One, the Red Devils jumped out to an early lead. Through five innings, the Red Devils found themselves up 3-1.

However, the Bayshore Christian offense found life late in the game. After scoring two runs in the sixth inning, the Eagles were able to score a walk-off run to win the first game 4-3.

In Game Two, the Red Devils once again lost to Bayshore Christian by a single run. Maplesville was once again able to jump out to an early lead, scoring in the first inning to go up 1-0. However, the Eagles took the lead in the fourth after scoring a pair of runs, bringing the score to 2-1 entering the fifth inning.

Bayshore Christian extended its lead in the seventh inning, tacking on another run to bring the score to 3-1. Maplesville was able to muster just one run in the bottom of the inning though, losing the game 3-2.