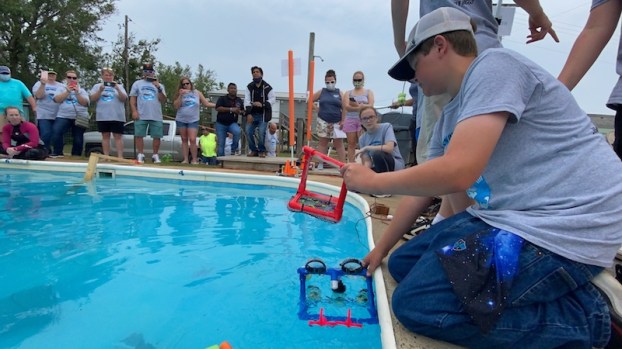 Matthew Nance works on the ROV in the water. (ANGELA LEVINS/ CONTRIBUTED) 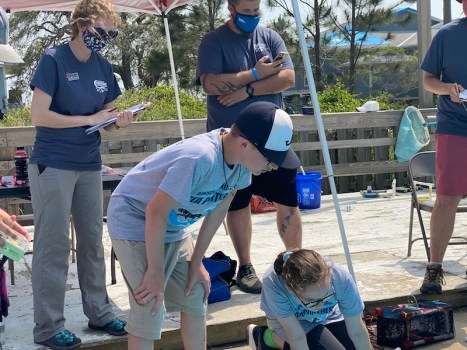 Isaac Looney and Sara Glenn work on the ROV in the water. (ANGELA LEVINS/ CONTRIBUTED) 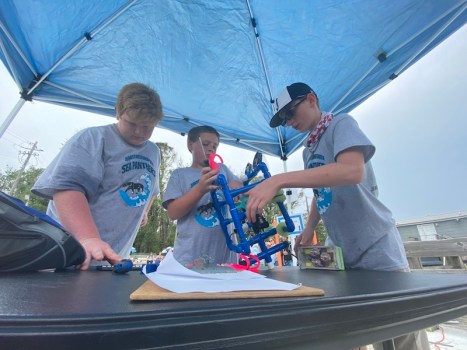 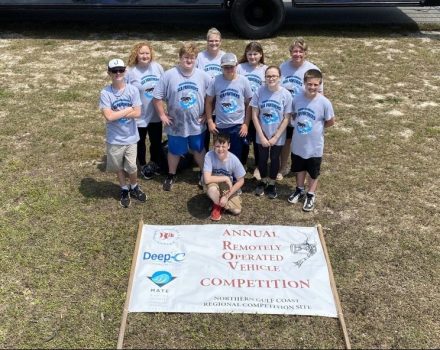 The team from JIS, called the S.E.A. Panthers, finished in second place among over a dozen teams from four different states in the competition. The only team to finish in front of JIS was a team from Acorns to Oaks High School named Water Wardens.

The point of the competition was for students to build Remotely Operated Vehicles (ROV) that could be used to “carry out missions impacting the global community like examining coral reef health, cleaning trash from waterways, and testing the health of our waters,” according to the Dauphin Island Sea Lab website.

Each team builds its own ROV and presents it by putting it up against different challenges, such as picking up trash at the bottom of a pool.

“It was very nervous and intimidating,” Isaac said of being in the competition for the first time. “They [other competing teams] were a lot older and knew what to do at the competition.”

Those nerves may have led to some mishaps in the early portion of the competition. There was trouble with the wiring on the JIS ROV, and other issues such as motor issues when putting the ROV under water. However, the S.E.A. Panthers were able to overcome those issues in the second showing of the ROV, making the necessary adjustments to show what a remarkable vehicle they had made.

“They did a fantastic job making adjustments between the first session where they ran the ROV under water and the second session,” JIS teacher Angela Ray said. “They had several hours in between, and they were able to problem solve themselves without our assistance and make those adjustments to have a very successful run the second time.”

Being able to make those adjustments as a team may not have been something that this JIS team could have accomplished just months ago. There were plenty of issues with communication and teamwork. Issues that took quite a bit of time to fix.

The team was able to overcome those obstacles, however. The students also found a way to grow as people in the process.

“It was amazing,” Glenn said. “Because I was able to help out my confidence and speak up.”

Glenn, someone who was shy leading up to the competition, took the reins as the team leader, according to JIS teacher Rachel Mims.

“All of these kids grew from the beginning to the end,” Ray said. “They grew whether it was in confidence, communication … they grew as people, and it was a pleasure to watch.”