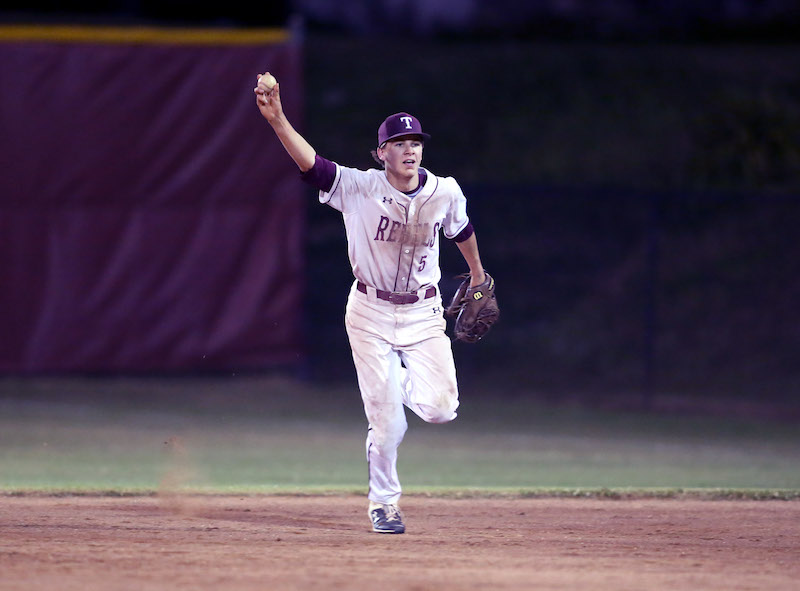 Thorsby’s Luke Davis celebrates after catching the series-winning out of April 23 against Vincent High School. (FILE)

The first round of the baseball state playoffs is in the books after a wild weekend of action from April 22-24.

Sweeps were the norm, as all five teams in Chilton County that qualified for the playoffs either swept their opponent, or they were swept out of the playoffs themselves.

Here’s a rundown of the action from the first round:

Chilton County High School kicked the playoffs off on April 22 after predicted bad weather on April 24 moved their series up a day. CCHS only needed one day though, as they swept Hueytown High School on the road in two games, winning by scores of 6-4 and 5-3.

Maplesville was the next team in the county to punch its ticket into the second round of the playoffs. The bats went wild for Maplesville as the Red Devils won both of their games by scores of 13-3 and 19-7, defending their home turf well.

Thorsby High School was the last team to advance to the second round. Facing off against a formidable foe in Vincent High School, Thorsby was challenged well in both games. The Rebels were able to do just enough to pull out a victory in both games though, winning twice by scores of 2-1 and 7-6.

Isabella High School was one of two teams in the county to get knocked out in the first round of the playoffs. The Mustangs fell twice to Fayetteville High School, losing by scores of 18-3 and 10-1. The Fayetteville offense proved to be too much for Isabella, as 28 combined runs for the Wolves ended Isabella’s season.

Verbena High School was the second team in the county to be knocked out of the playoffs over the weekend. The Red Devils were eliminated at the hands of Berry High School, getting swept on the road in two games by scores of 9-6 and 15-4. Verbena was able to hang around in the first game, but ultimately fell short before a disappointing Game Two that ended Verbena’s season.