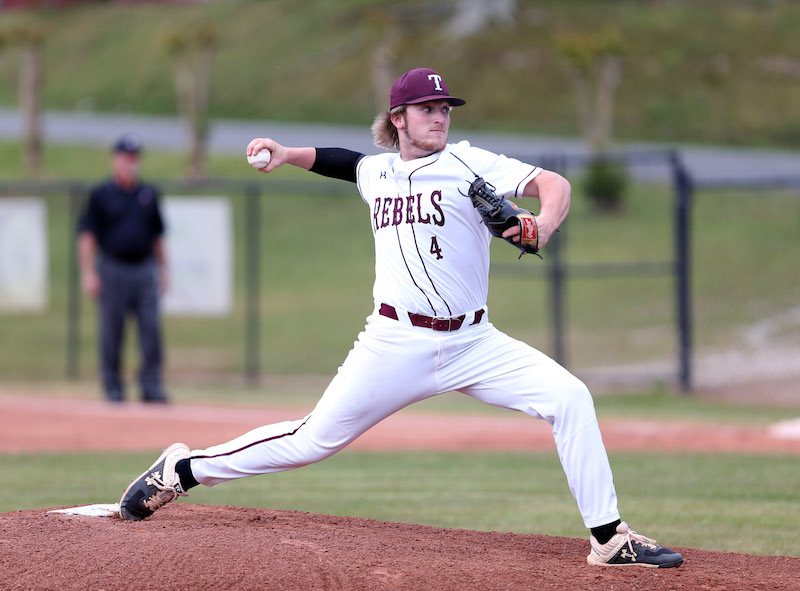 Thorsby’s Tanner Jones is the athlete of the week for the week of April 16-23. Jones pitched a superb game in Thorsby’s game one win over Vincent while also hitting the game-winning home run in the game. (FILE)

This week’s athlete of the week is Thorsby High School’s Tanner Jones. Jones played a huge role in the Rebels’ sweep of Vincent High School in the first round of the state playoffs on April 23.

Jones started Game One at pitcher for Thorsby. In the game, Jones threw six and two third innings, giving up just one run off three hits with three walks and 10 strikeouts.

While his pitching performance was dominant, that was not the most significant thing Jones did that night. In the bottom of the sixth inning, with the game tied 1-1, Jones stepped up to the plate to start the inning. On a 1-1 count, Jones smashed a solo home run to center field to give Thorsby the lead, one they would not lose in a 2-1 victory.

In Game Two, Jones reached base four of the five times he came up to bat. He drew three walks while also adding a base hit in a 7-6 win for Thorsby, a win that clinched the series for the Rebels.

Watley had a great week for the CCHS golf team. The winner of the Chilton County Golf Tournament on April 15, Watley followed up the performance with a great outing on April 19 and 20 at the Oxford Invitational in Oxford, Alabama.

Out of 52 golfers at the event, Watley finished third, shooting a 74 on day one and a 73 on day two for a total score of +3. Watley’s performance helped CCHS finish fifth in the event in front of notable teams such as Ben Russell High School, Oak Mountain High School and the host Oxford High School.