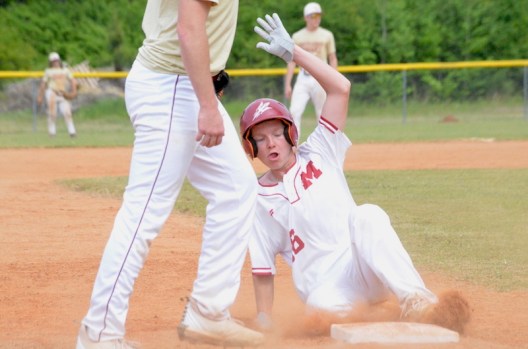 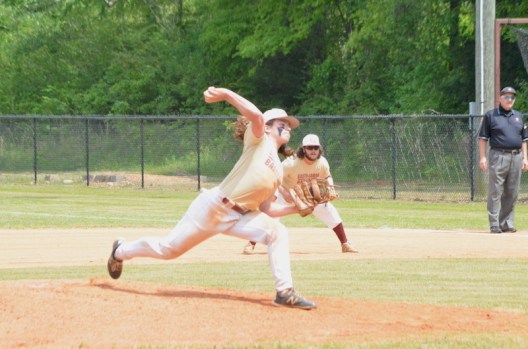 Mason Weathers started the first game for South Lamar. He threw one and two third innings, giving up six runs, five earned, in his time on the mound. (ZACHARY SEIFTER/ ADVERTISER) 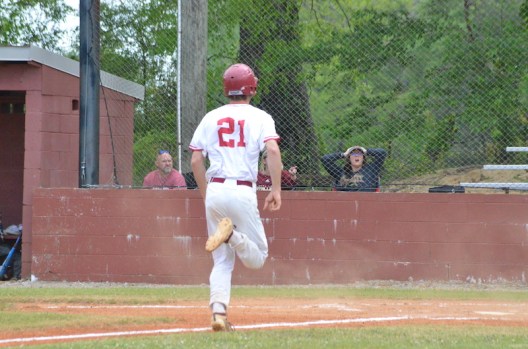 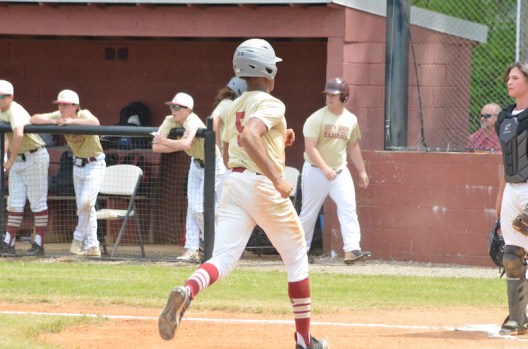 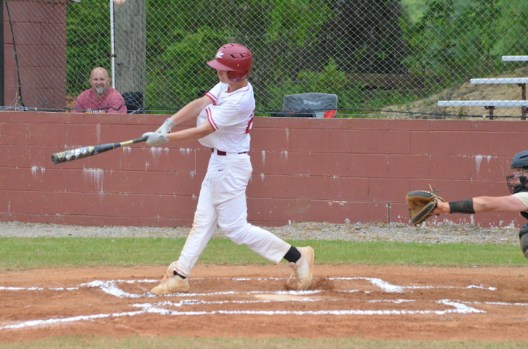 Bradlee Padgett swings at a pitch in the win over South Lamar. (ZACHARY SEIFTER/ ADVERTISER) 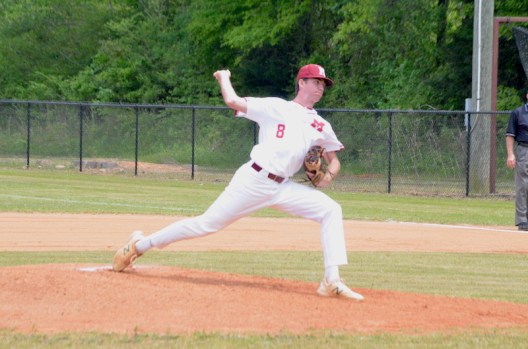 The Maplesville High School baseball team beat South Lamar High School twice on April 23 to advance to the second round of the playoffs. Maplesville won the games by scores of 13-3 and 19-7.

In both games, Maplesville struggled out of the gate, falling behind in the first inning. In the first game, South Lamar got to starting pitcher Jackson Abbott, bringing home the team’s only three runs of the game.

In the second game, the same occurred. After jumping out to a 1-0 lead in the top of the first, Maplesville surrendered three runs, digging an early hole for the team.

In both instances, however, Maplesville answered as the offense exploded for 32 combined runs in the games.

“That’s what made me so proud of them is we did fall behind early in the first inning of both games,” Maplesville head coach Justin Little said after the games. “You know, I think a lot of teams, a lot of kids could just kind of shut down after that, but we responded, we came back, we hit the ball well, played defense well … I think that says a lot about our team.”

For much of the first game, Maplesville was in control. After taking the lead in the second inning, they coasted. In the second game, however, it took Maplesville some time to find its groove.

“We were seeing a bit of an off-speed pitcher, and I think it took us awhile to get in the rhythm and learning to stay back and hit the baseball,” Little said. “We were out front early, and once we started sitting back we started hitting the ball a lot better.”

The breakthrough offensively came in the fourth inning. Maplesville started the inning trailing 4-2, but left the inning with a 13-4 lead.

The 11 runs came off 10 hits, including a two-run home run by Cole Gray.

Maplesville went on to score six more runs in the fifth inning of the win, sealing the series.

Maplesville will be back on the field next weekend for the second round of the playoffs. Their opponent has yet to be determined.