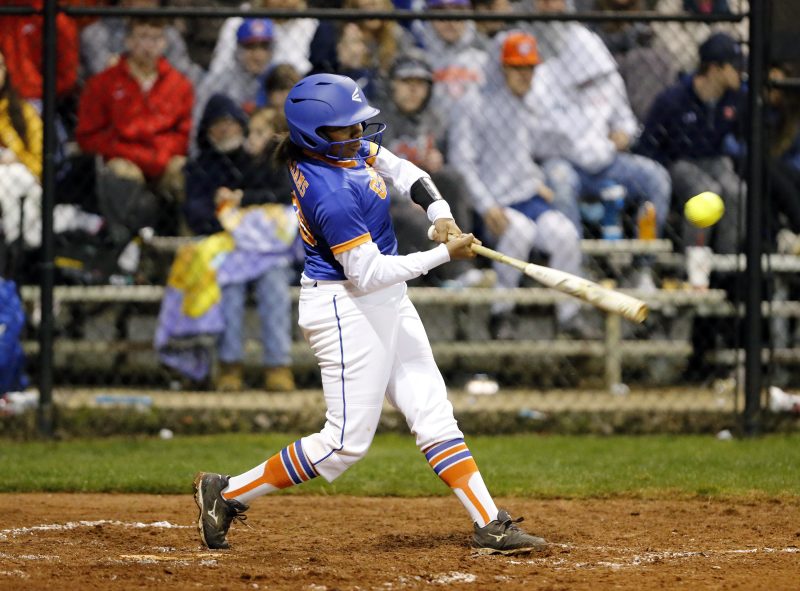 The Chilton County High School Lady Tigers softball team dominated the Thorsby Rebels on April 22. Freshman Ty’eisha Williams was the star of the night, hitting three home runs for six RBI’s in the 13-2 win for CCHS.

The Lady Tigers wasted no time getting on the board, scoring six runs in the first two innings. Five of those runs came off of three home runs, two by Macey Pierce, the other by Williams. A Josie Cornell double drove in the other run.

After keeping the Lady Tigers off the board in the third, the Thorsby offense was finally able to get after CCHS pitcher Emma Deason. The Rebels drove in two runs in the inning off RBI singles by Lindsey Burnett and Autumn Edwards to bring the score to 6-2.

Those two runs would be all the Thorsby offense could manage, however, while the CCHS offense was far from finished.

After failing to score in the third inning, the Lady Tigers brought five runners across home plate in the fifth, three off another Williams home run. The other two were brought in off a passed ball that scored Emma Locke and a steal of home plate by Maddie Giles.

CCHS added two more runs in the fifth off solo home runs by Marlie Giles and Williams. With Deason taking care of business in the bottom of the inning, the Lady Tigers won the game 13-2 in five innings.

Deason led the way on the mound for CCHS. She pitched all five innings, giving up two runs off seven hits with one walk and six strikeouts.

Williams led the Lady Tigers offense. The freshman went 3-for-3 with three home runs, six RBIs and a walk in the game.

Edwards led the Rebels offense. She went 2-for-2 with one RBI in the game.