CCHS beats Hueytown twice to advance in the playoffs 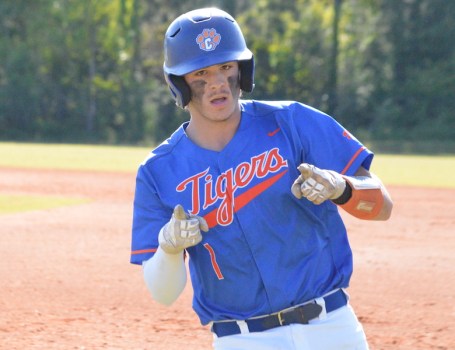 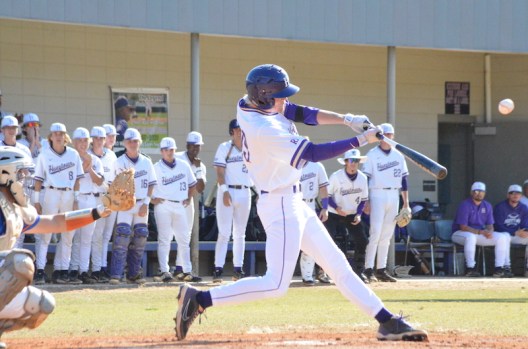 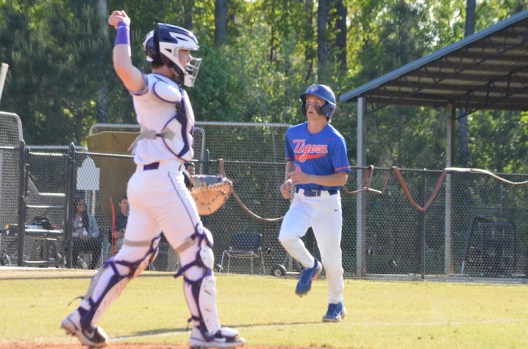 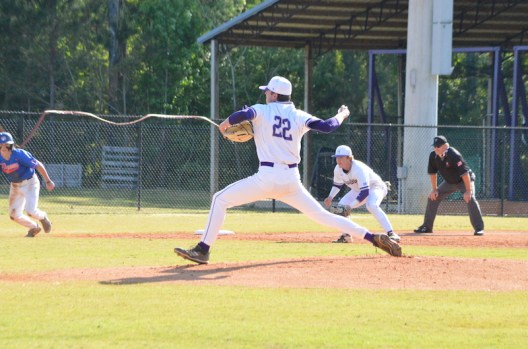 Hueytown pitcher Mason Kirby started the first game for the Golden Gophers. He pitched four innings, giving up all six runs in the loss to CCHS. (ZACHARY SEIFTER/ ADVERTISER) 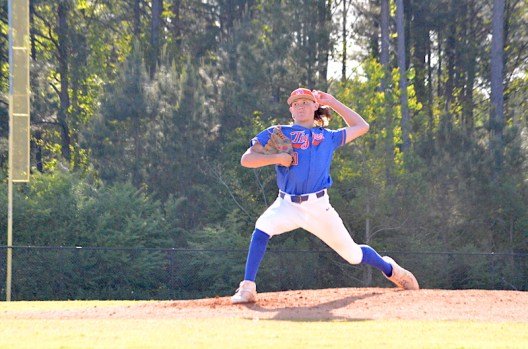 Pico Kohn started the first game for the Tigers, giving up four runs in the victory over Hueytown. He struck out 12 hitters in five and one third innings pitched. (ZACHARY SEIFTER/ ADVERTISER) 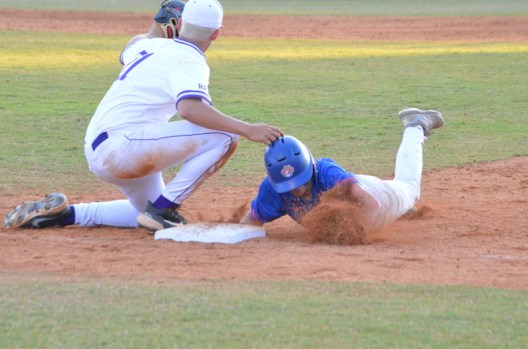 The excitement level was off the charts in two playoff games played between the Chilton County High School baseball team and Hueytown High School on April 22.

Both games featured back-and-forth action between the two teams, but, ultimately, it was CCHS that pulled through, winning both games by scores of 6-4 and 5-3.

The two wins pushed CCHS to the second round of the playoffs, eliminating Hueytown in the process.

“We knew coming in here it was going to be a tough place to play,” CCHS head coach Ryan Ellison said after the games. “[There’s] a lot of baseball tradition here [Hueytown]. The fans are in the games, the players are in the games, and we had to match that intensity and come out and take blows and be able to give them back … Our guys executed like they haven’t executed all year, and I’m so proud that it was when it counted.”

The Tigers played some of their most inspired baseball of the season. Between the two games, there were plenty of opportunities for CCHS to fold whenever taking a shot from Hueytown.

In Game 1, the Tigers held a 3-0 lead going into the bottom of the third inning. With ace Pico Kohn on the mound, it seemed likely that CCHS could cling to that lead and let their most dominant pitcher finish the job for them like they had all year. However, Hueytown’s bats got hot in the third inning. Cade Morgan, Keshon Hall and Mason Kirby combined to bring in four runs, giving the Golden Gophers the lead.

CCHS struck back in the next inning though, bringing in three runs off RBI singles from Kohn and Dylan Cullum, along with an RBI hit-by-pitch from Cannon Miller to give CCHS a 6-4 lead, one they wouldn’t relinquish.

In the second game, pitcher Aiden Bee was called upon to start when it was discovered that Brady Bolling had been battling a stomach virus, keeping him from pitching.

It took Bee some time to get warmed up. In the first inning, Hueytown got to Bee a few times, driving in two runs to take an early lead. The CCHS offense backed Bee up though, scoring two runs as well in the bottom of the first to tie the game. Bee would give up just one more run in the game, a big one at the time in top of the fifth that gave the Golden Gophers a 3-2 lead. In the bottom of the fifth though, the Tigers did what they had been doing all night. They responded.

The inning got off to a rocky start for CCHS. After Cole Tignor led off by getting hit by a pitch, Katon Elijah struck out. The pitch that Elijah struck out on was low, and got away from the catcher after initially catching it. This caused Tignor to break for second base, but he was called out on a throw and tag to second base, a call many thought was questionable, emptying the bases for the Tigers with two outs in the inning.

Despite feeling as though they were given an incorrect call, the Tigers rallied with two outs, scoring two runs off three hits and another hit-by-pitch to take the lead 4-3. CCHS scored one more in the bottom of the sixth, sealing a 5-3 victory and a trip to the second round of the playoffs.

“Every single person on the team played a huge role in our win tonight,” Ellison said. “Our dugout was big, we made good defensive plays, our pitching was good, we came up with some huge hits in situational at-bats when we had to. I’m just really proud of our program.”

The Tigers will take the field once again on April 30 in the second round of the playoffs. Their opponent is yet to be determined, and will be decided based on how other playoff series’ go.