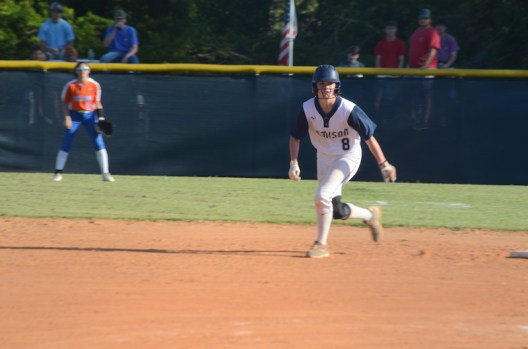 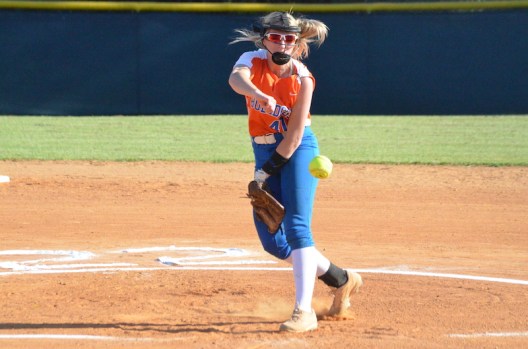 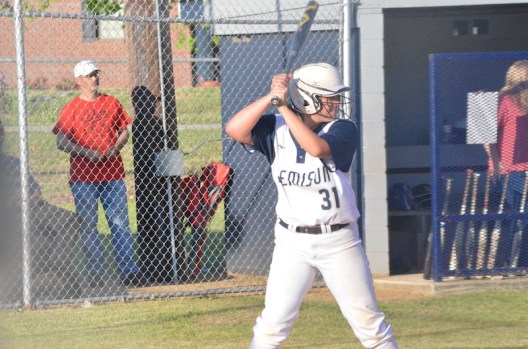 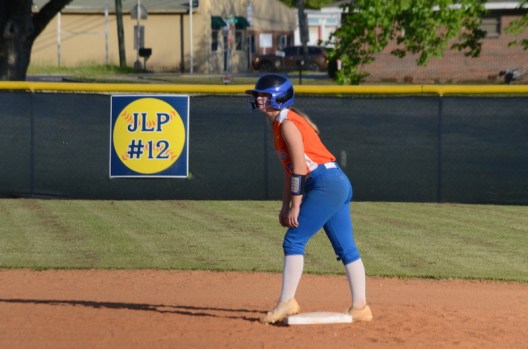 Montevallo’s Brianna Robertson prepares to take off from second base. (ZACHARY SEIFTER/ ADVERTISER) 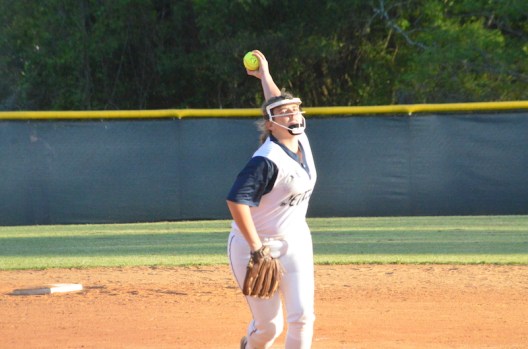 Kinley Bolton was exceptional in Jemison’s win over Montevallo. She gave up just one run in five innings pitched, striking out 11 hitters in the game. (ZACHARY SEIFTER/ ADVERTISER)

The Jemison High School softball team dominated in all aspects of the game against Montevallo High School on April 20. The Panthers won the game 11-1 behind a strong pitching performance from Kinley Bolton, and an offensive breakout that included a six-run second inning.

Montevallo was able to get the bats going in the first, driving in their only run of the game off an RBI single from senior Abbey Allred.

Jemison answered in the bottom of the inning, tying the game as Bolton drove in Sarah Hubbard on an RBI single of her own.

In the second inning, Bolton struck out the side, giving the Panthers an opportunity to take an early lead. Not only did Jemison take advantage of the opportunity, but the offense blew the game wide open. The Panthers scored six runs off seven hits and had a streak of six straight batters reach base. They took a 7-1 lead into the third inning.

Neither team scored in the third as Bolton once again struck out the side while Montevallo pitcher Anna Kate Jackson got back into a groove after a rough second inning.

In the fourth inning, Montevallo once again had no luck against Bolton. The Jemison offense, however, struck again as RBI singles by Rilee Martin and Terra Anderson brought home three runs to extend Jemison’s lead to 10-1.

Bolton kept her dominant performance going in the fifth, once again not giving up any runs, giving Jemison a chance to end the game in the bottom of the fifth with just one run.

It took two at-bats for the Panthers to seize the opportunity. Kinsley Martin started the inning by getting hit by a pitch. The next at-bat, she was brought home on an RBI double by Hubbard, winning the game for Jemison.

Bolton was the winning pitcher in the game for Jemison as she threw all five innings, giving up one run off four hits with zero walks and 11 strikeouts.

Jackson took the loss for Montevallo. She threw four-plus innings, giving up 11 runs, eight earned, off 12 hits with two walks and four strikeouts.