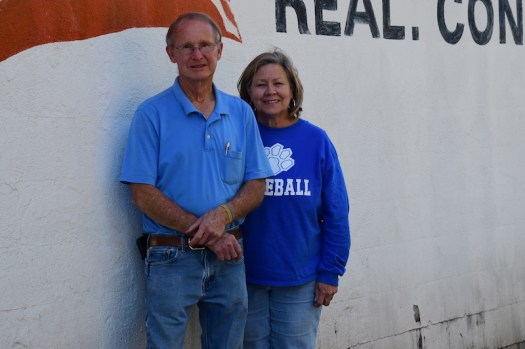 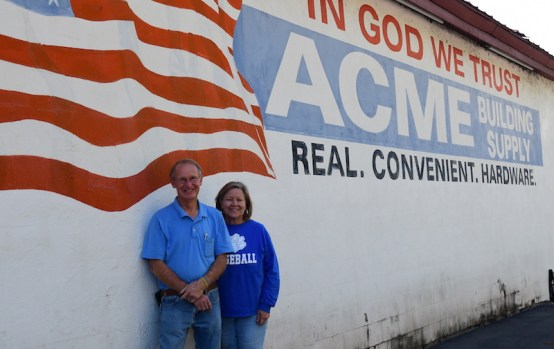 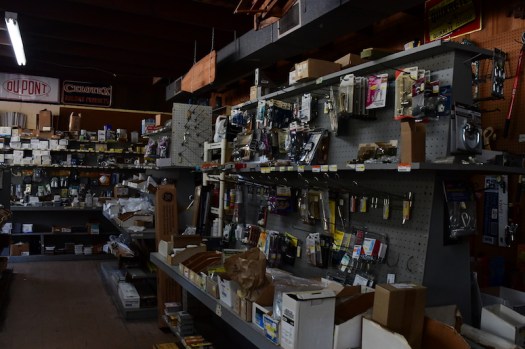 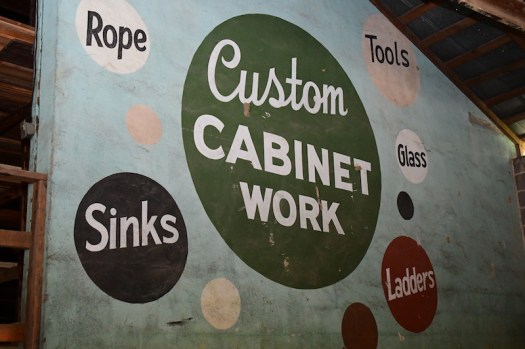 An interior wall shows what the exterior of the building used to look like. (JOYANNA LOVE/ ADVERTISER)

April 30 will mark the end of an era as Gary and Angie Godwin close ACME Building Supply and start their retirement.

Gary Godwin said he has enjoyed meeting all the different people that have been customers.

“We really did enjoy serving the people,” Angie Godwin said. “We really did. It was our pleasure to serve them the best that we could.”

Gary Godwin said some were repeat customers for several years. Angie Godwin said it has been “really sad when we told some of them.”

Some have tried to talk them in to staying open just a day or two a week.

The store has been in Angie Godwin’s family for years, having been owned by her father, Charles Easterling.

ACME Building Supply was started by Sam Patterson in 1958, and Easterling became a partner in the 1960s and eventually took over.

Angie Godwin has fond memories from her childhood spending time at the store, and she worked at the store in the summer while attending college.

Gary Godwin joined the business in 1993.

“That’s when we decided that we would buy it from him (Easterling),” Gary Godwin said. “He was ready to retire.”

He officially did so a year or two later after giving guidance to the new owners.

The store was open five and a half days a week, closing for part of the day on Saturday and all day Sunday.

Gary Godwin had been a superintendent of a construction company before the Godwins bought ACME.

“I had to travel a lot out of town, sometimes out of state,” Gary Godwin said.

He said changing jobs was a difficult decision.

“We knew that this was a successful business and had been for years, and it would be up to us to continue that tradition,” Gary Godwin said. “We didn’t know if we could do it, but we did. I’ve really enjoyed it. We (he and Angie) went from hardly ever being together to being 24/7 together.”

This change took a bit of getting used to.

Gary Godwin’s background in construction has also been beneficial when serving customers and adding new product lines for sale.

The Godwins’ daughter, Anna, was 2 years old when they bought the business.

“Our kids grew up here and our grandkids,” Angie Godwin said.

Gary Godwin commented that the grandchildren, especially their youngest, are going to miss the store.

About a year ago, the Godwins started looking toward retirement.

“I wouldn’t have minded working a few more years, but really we want to have some time too,” Angie Godwin said. “Some time at home and maybe do a little traveling.”

A few people had expressed interest in buying the business, “but they decided that it just wasn’t for them,” according to Angie Godwin.

She said owning a business is a major decision “you are kind of tied to it.”

About three years ago, the Godwins started closing on Saturdays to have some time for themselves.

“When COVID hit last March, we could barely keep up,” Angie Godwin said.

Many community members were home because their work places were temporarily closed and presumably used the time to catch up on home projects.

The last day the store will be open to the public is April 30.

Spending time with family, working on their property and possibly some travel are on the agenda for retirement.